Sherritt submitted an arrangement Plan ("PoA") in February this year under the Canadian Commercial companies Act and is in the process of recapitalizing it. On July 23, local time, Sherritt announced that it had received 89% of the debtors' votes for PoA's approval.

Sumitomo Co., Ltd. will discuss the matter further with Sherit. 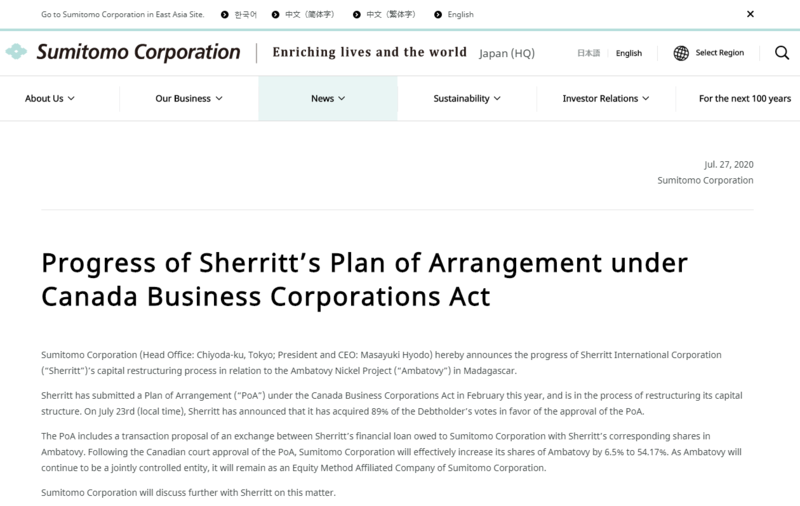 Nickel import disruption amid South Africa's lockdown to little impact China's downstream
Chinese importers of nickel have delayed their negotiations with mining companies in South Africa as the African country will impose a nationwide lockdown from the midnight on March 26, which is aimed at curbing the spread of coronavirus. SMM expects...