SMM7, March 27: according to the latest customs data, imports of copper concentrate and its ores totaled 1.5941 million tons in June 2020, down 5.8 percent from the previous month and an increase of 8.9 percent over the same period last year. 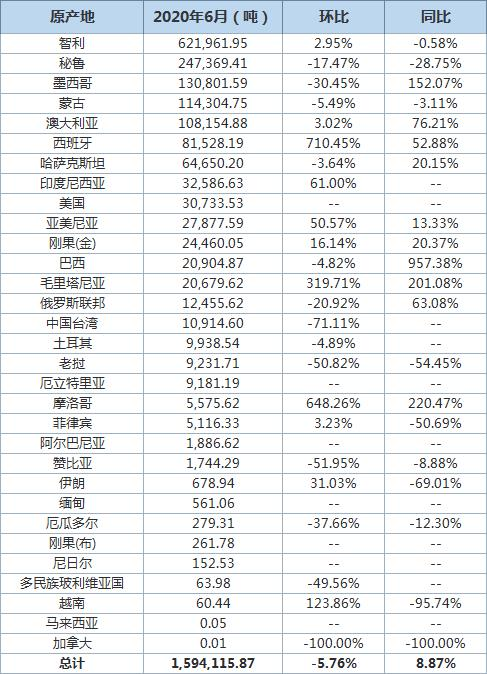 While Chile is still the largest source of domestic copper concentrate imports, the physical volume of copper concentrate imported from Chile in June was 622000 tons, an increase of 2.95% from the previous month, and a drop of 0.58% from the same period last year, reflecting that Chile's copper production and transportation were less affected by the epidemic, and the supply remained stable.

In addition, China imported 31000 tons of copper concentrate from the United States in June, up from zero in the past year. Trade tensions between the two countries have intensified since late 2018, affecting US exports of copper ore and its concentrates to China, but Chinese companies have been allowed to apply for tariff exemptions since March, so domestic smelters have begun to resume purchases of copper concentrates from the US. 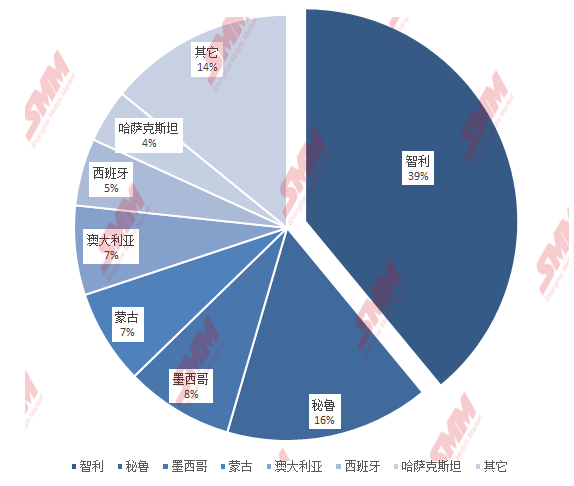 Spot TCs trended higher
As of Friday March 19, the SMM imported copper concentrate index (weekly) stood at $32.8/mt, up $0.73/mt from a week earlier. Trades improved but spot TCs diverged, with high-20s and mid-30s. More traders quoted at high-20s, but most smelters insisted on the bottom line of $30/mt.

Codelco keeps 2020 China copper premium unchanged at $88/mt
This is the same level as for 2019, but much higher than the average for spot trades so far this year