SMM7 March 20: at the 2020 China Ni-Cr stainless Steel Industry Market and Application Development Forum held in SMM on July 20, Yu Wen, a senior analyst at SMM, looked forward to the market analysis and price of China's manganese ore and chromium ore in 2020.

The epidemic situation hinders the temporary development of China's economy but does not change the trend of long-term stability and improvement of our economy. In the progress of the times, the mode of trade is changing the market from the original income cost profit to a variety of profit models, such as brand profit, resource profit, leverage profit and so on. With the vigorous development of the bulk market, the era dividend represented by chromium and manganese, the small metal market is constantly learning to change from spot trading of finished products to spot, raw materials, futures and even more diversified operations.

SMM has regained its focus on these industries in terms of price impact, diversity of data and in-depth analysis, in line with the proud base metals of our company. Not only follow the pace of the market to look at the existing chromium market, but also look forward to the future of the chromium industry chain. Downstream stainless steel plants can still make profits such as upstream metal nickel spot and futures through resources and leverage under pressure on the profits of the main products.

On the other hand, the financial attribute of the Ferro-chromium market in the industrial chain has been greatly improved under the background of the future prospect of the listing of high-carbon ferrochromium in the last stock market. At the same time, under the background of China's sustainable economic development, the demand for infrastructure resources is increasing. The supply of a large number of products such as crude oil, thread, stainless steel and so on will continue to enlarge.

However, the original price dispute brought about by globalization will also become more and more serious. The pattern of oversupply in the end market may continue, while the upper reaches such as chromium alloy market in the process of continuous environmental protection suppression and backward capacity elimination, the market effective production capacity shows a shrinking trend and has a long history.

It is a great honor for SMM to share timely and effective information and data with the majority of relevant practitioners to learn and communicate with SMM soon before it goes on sale in the futures market.

Stainless steel is the core of chromium market demand 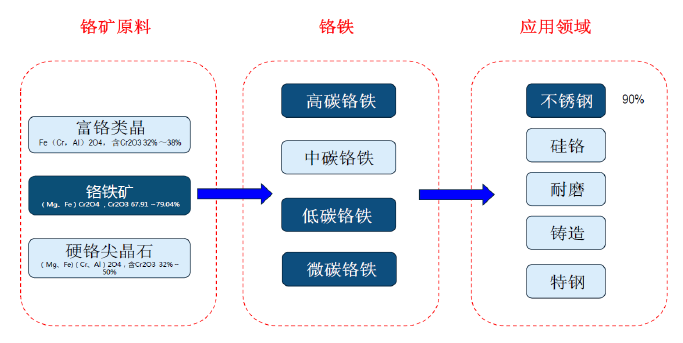 The technology of domestic chromium industry is mature and stable.

(1) it can be used as alloying agent for ball steel, tool steel and high speed steel with high carbon content to improve the hardenability, wear resistance and hardness of the steel.

(2) it can be used as an additive to improve the wear resistance and hardness of cast iron, and make the cast iron have good heat resistance at the same time.

(3) used as chromium-containing raw materials for the production of silicon-chromium alloy and medium, low and low-carbon ferrochromium by slag-free process;

(4) used as chromium-containing raw material for the production of metal chromium by electrolysis;

The raw materials for smelting high-carbon ferrochromium are chromite, coke and silica. The content of Cr2O3 ≥ 40 Cr2O3/ ∑ FeO ≥ 2.5S < 0.05P < 0.07MgO and Al2O3 in chromium ore should not be too high, with a particle size of 10 70mm. In the case of refractory ore, the particle size should be smaller.

South Africa has the largest chromium ore reserves in the world and China imports the first. 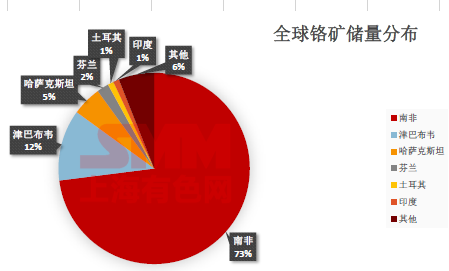 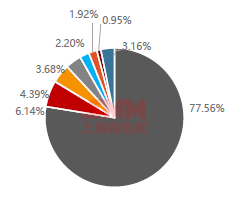 Review and expectation of downstream demand in Chromium Market

Price forecast: in the second half of 2020, under the condition of loose supply of stainless steel, the price is still supported by cost and led by demand. The price range of cold-rolled stainless steel is expected to be 12800 14000 yuan.

The demand for high-carbon ferrochromium is expected to increase during the year when downstream stainless steel production resumes.

The output of high carbon ferrochromium and stainless steel are periodic.

China's stainless steel production capacity showed a low growth rate in 2018 and 2019, on the one hand, the negative impact of the rise of the Indonesian stainless steel industry on Chinese manufacturers; on the other hand, the economic growth rate has shifted from high-speed to "medium-high-speed" growth, such as the Chinese real estate market and the automobile industry, which has led to a slight decline in the growth rate of China's stainless steel consumption, falling to 4.5% in 2019. SMM estimates that the planned new production capacity of stainless steel in China will be about 16.5 million tons in the next three years, and the actual progress of production depends on the funds of the steel mills and the replacement of the actual capacity. The red delivery of raw materials is still the main competitiveness of the development of steel mills. 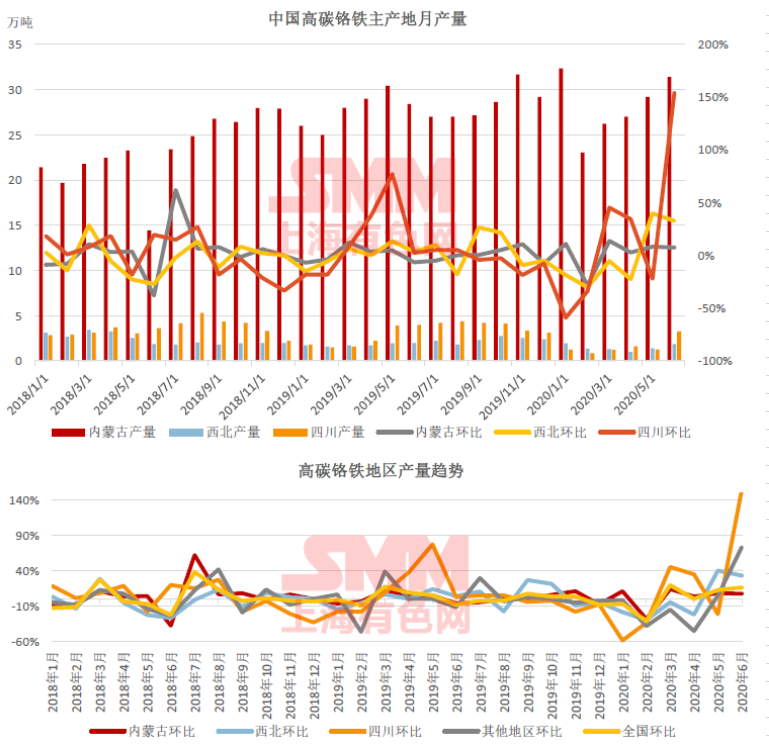 The import of ferrochromium has maintained a long-term growth trend.

Uncertainty in short-term supply of ferrochromium in South Africa

Glencore holds a 79.5% stake in Glencore Merafe Chrome Venture and invests in the following mines and smelters:

The Helena Magareng and Thorncliffe chromium deposits are located in the eastern limb of the Bushveld igneous rock group. 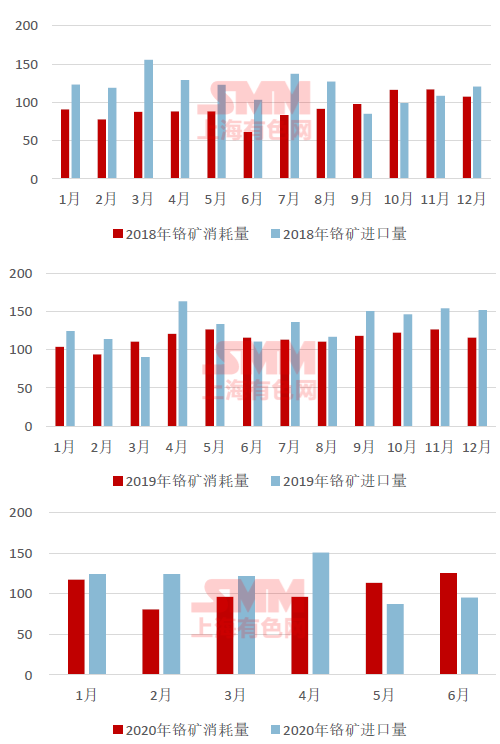 China's high-carbon ferrochromium market is in a relative surplus in 2018, although the central environmental supervision swept most of the main producing areas of ferrochromium in China in June, and the factory shutdown and production reduction seriously affected the output of domestic ferrochromium, however, the amount of chromium metal provided by overseas high-quality high-carbon ferrochromium is enough to maintain the demand for stainless steel. after environmental supervision, high profits drive manufacturers to resume production in large quantities, and the market once again shows a market situation in which supply exceeds demand. 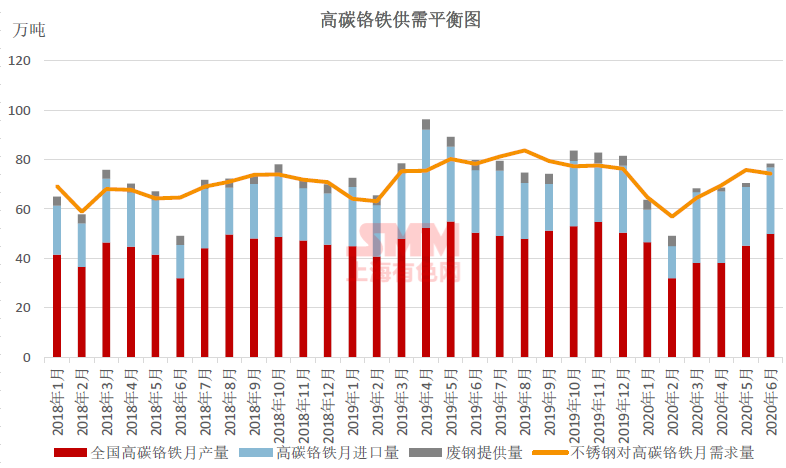 The supply and demand pattern of high carbon ferrochromium is expected to be greatly improved by the end of 2020.

The output of downstream stainless steel has increased significantly since April, while the operating rate of domestic high-carbon ferrochrome in that month was only 48.6%. On March 26, due to the national blockade imposed by South Africa and other countries due to the epidemic, the supply of imported ferrochrome and chromite decreased by more than 20% compared with the same period last year. And the South African government expects to enter the outbreak period in September, when the supply of South African ferrochrome and chromite may be under pressure again.

Nickel import disruption amid South Africa's lockdown to little impact China's downstream
Chinese importers of nickel have delayed their negotiations with mining companies in South Africa as the African country will impose a nationwide lockdown from the midnight on March 26, which is aimed at curbing the spread of coronavirus. SMM expects...