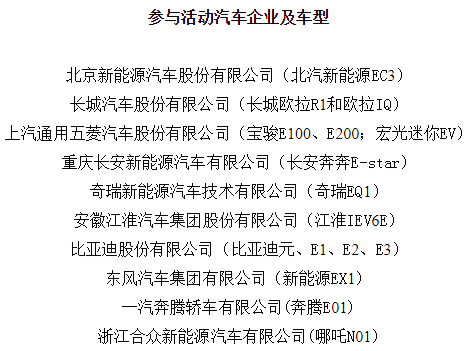 Source: Ministry of Industry and Information Technology (click to view the official text)

Post-epidemic era: the policy of the gradual recovery of the new energy vehicle market plays an important role.

Like all industries, the new energy vehicle market has also been hit by the epidemic at the beginning of this year, with February being the most. According to the production and sales data of the China Automobile Association, automobile production and sales fell 82.9% and 81.7% respectively in February compared with the same period last year. Although supported by the policy, the production and sales of new energy vehicles were 9951 and 12908 respectively, down 82.9% and 75.2% respectively from the same period last year. The China Automobile Association pointed out that on the production side, the output level of enterprises is low due to the slow progress of resuming work and the supply of spare parts; on the consumer side, product consumption is stagnant and market demand is seriously suppressed, which will have a significant impact on the automobile market in the first half of the year.

With the gradual relief of the epidemic and local enterprises have returned to work and production, coupled with the introduction of a series of favorable policies of the central and local governments, the new energy vehicle market began to recover. As of June data, China's production and sales of new energy vehicles completed 102000 and 104000 respectively, up 21.3% and 26.8% month-on-month, down 25.0% and 33.1% from the same period last year. At the same time, June is also the month with the highest production and sales of new energy vehicles in China in the first half of this year. Although from a year-on-year point of view, this year's car market is still difficult to leave the cold winter, but the month-on-month data performance is still eye-catching.

According to a survey conducted by the China Electric vehicle Association of 100 people, it is found that the existing new energy vehicles do not meet the needs of the rural market. In rural areas, some new energy passenger car enterprises have certain sales, while new energy truck enterprises have less sales. At present, most of the new energy vehicles sold by enterprises to the rural market are small and mini vehicles. At the same time, from the level of consumption, the car purchase budget of rural residents is concentrated within 70,000 yuan, mainly about 50,000 yuan.

The final conclusion of the investigation team is that at present, the permeability of new energy vehicles in rural areas is low. At the level of new energy passenger vehicles, affected by multiple factors such as subsidies for new energy vehicles, traffic restrictions and purchase policies and lack of purchasing power, except for a certain penetration in rural areas in economically developed areas such as Beijing, Shanghai, Guangdong and other economically developed areas, the overall scale of the rural market is relatively small and there is a broad space for promotion in the future. At the level of new energy trucks, the sales market is mainly concentrated in urban areas driven by policies and road rights, and the penetration of the rural market is insufficient. In the future, the mismatch between supply and demand for the promotion of new energy trucks in rural areas needs to be solved.

Compared with urban cars, the rural market for the use of new energy vehicles is different, on the one hand, it does not need a longer mileage, on the other hand, it is more sensitive to price, which can be seen from the first time the car went to the countryside as early as 2009.

In the preferential agricultural policy put forward in the Plan for the Adjustment and Revitalization of the Automobile Industry published by the State Council on January 14, 2009, a one-off financial subsidy was given to the purchase of less than 1.3L displacement or the replacement of light trucks. In terms of time, it has been 10 years since the first car went to the countryside from 2009 to 2010. Bohai Securities believes that subsidized micro / light trucks, minivans, motorcycles and other models all have a useful life of about 10 years. This policy release coincides with the time when the last round of cars need to be replaced, which will help rural residents to eliminate old cars with large carbon dioxide emissions and promote the upgrading of automobile products in an all-round way.

Micro-face successor: is the mini electric car going to be popular again?

In the first time of car going to the countryside in 2009, micro noodles became the biggest winner in the car market at that time, and they were also the main force for cars to go to the countryside, of which Wuling and Chang'an models accounted for half of the country, which shows their strength in the micro-car market. Ten years later, Micro Electric, as the successor of the post-micro era, seems to be coming to the fore.

According to the Soochow Securities report, most of the models participating in the activities in the countryside are entry-level A00 and A0 electric vehicles, with a price of 50,000 to 70,000 yuan. Small and micro electric vehicles represented by mobile models are mainly sold in Guangxi, Shandong, Hebei, Anhui and other third and fourth lines and below. Most of them are once hot sales, with a mileage of about 300km, which is enough to meet the daily needs of rural areas, leading in economy and practicality. In the third and fourth lines and below, it is expected to replace low-speed cars and accelerate the sinking of the electric car market. The A00 class will benefit from the electric car going to the countryside, and the sales volume will increase rapidly in the second half of the year. At present, the monthly sales of the A00 class car are 10-20, 000. The monthly sales of the electric car to the countryside are expected to reach 30, 000 +, and the annual sales are expected to reach 200000 +, which is about the same.