Citic Securities said that under the guidance of the policy, China is expected to build the most complete and comprehensive rare earth industry chain in the world. In addition, recently, it is suggested that we should pay close attention to the strategic allocation opportunities of rare earth plate under the game between Chinese and American powers.

On the demand side, (1) benefiting from the rapid growth of new energy vehicles and other fields, the rare earth magnetic materials industry is ushering in a new round of development opportunities; it is estimated that the total global demand for high-performance NdFeB will be about 88000 tons by 2020. (2) on the other hand, recently, Japanese magnetic materials manufacturers are actively arranging new energy business. Based on the traditional sound management strategy of "capacity expansion based on effective demand", the strategic layout of Japanese enterprises in the field of new energy also confirms the certainty of demand.

The lower reaches of permanent magnet industry are traditional fields such as consumer electronic products and basic industries, as well as new application fields such as new energy, energy saving and environmental protection. The gross profit margin of high-end demand products can often reach more than 25%, or even 40%, while the gross profit margin of low-end products is often less than 20%. Zhongtai Securities believes that the industry will develop in the direction of high input, high output value and high profit. 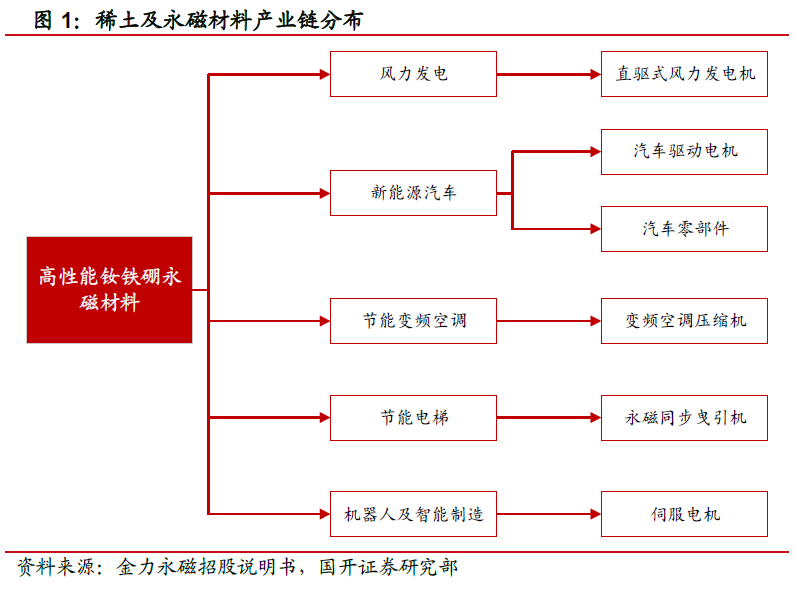