SMM5 March 21: the three major indexes opened higher, the index fluctuated after the opening, the Prev and Shenzhen Composite Index turned green, the radio and television sector plate was relatively strong, stocks in the two cities fell more and rose less, and the overall moneymaking effect was poor. Then the index rebounded, the gem once rose nearly 1%, the industrial Internet plate changed. In the afternoon, the shocks of the two cities fell, and the three major indexes collectively turned green, nearing the close, while the three major indexes fell more than 1% in the afternoon, with the Shenzhen Composite Index falling more than 1%. Individual stocks in the two cities fell more and rose less, the overall market atmosphere was general, and the profit-making effect was insipid.

On the news side, the Ministry of Industry and Information Technology organized a video conference to promote the development of the UHD video industry, which was attended by representatives of the industrial and information departments of 11 provinces and cities, including Beijing, Shanghai, Jiangsu, Zhejiang, Anhui and Fujian. The meeting said that in the next step, the Ministry of Industry and Information Technology, together with the competent departments of industry and information technology, will implement the task deployment of "departments (bureaus) provinces and municipalities jointly promote the Development of Ultra High definition Video Industry) issued by the Ministry of Industry and Information Technology and the State Administration of Radio and Television." work together to promote the innovative development of China's ultra-high-definition video industry. Radio and television network, Guangxi radio and television straight-line sealing board, Guiguang network, auspicious TV media, Huasu media and other collective strength. 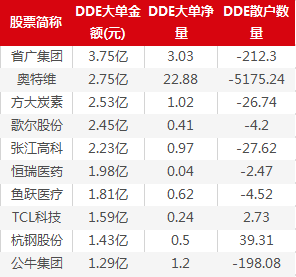 The concept of state-owned assets reform in Shanghai is higher, Zhangjiang high-tech, Shibei high-tech, Pudong Jinqiao rise, Lujiazui, Shanghai Meilin and so on.

Semiconductors, photoresist and other technology stocks continued to weaken in the afternoon.

Recently, during the global analysts' conference HAS 2020, Huawei released the "White Paper on Autopilot Network Solutions" to systematically explain the future network architecture, operation and maintenance architecture and its key technologies. Through the coordination of the three layers of AI capabilities of network element, network and cloud, Huawei will enable the network to move towards minimalism and ultra-wide, operation and maintenance to man-machine collaboration, and provide practical reference for the digital transformation of operators and industry partners.

The Ministry of Industry and Information Technology and the State Administration of Radio, Film and Television issued a guide to the construction of ultra-high definition video standard system (2020 edition). Among them, it is pointed out that by 2020, the UHD video standard system will be initially formed, and more than 20 urgently needed standards will be formulated, focusing on the development of key technical standards and testing standards, such as basic general purpose, content production and broadcasting, terminal presentation, industry application and so on. By 2022, we will further improve the ultra-high definition video standard system, formulate more than 50 standards, and focus on promoting the standardization of applications in key areas such as radio and television, culture, education and entertainment, security monitoring, medical and health, intelligent transportation, and industrial manufacturing.

On May 20, China Mobile's parent company announced on the Hong Kong Stock Exchange that it will jointly invest with China Radio and Television Network Company Limited (hereinafter referred to as "China Radio and Television") in the construction of 700MHz 5G wireless network at the proportion of 1:1, and jointly own and use 700MHz 5G wireless network assets for a period from the effective date of the 5G Cooperation Framework Agreement to December 31, 2031.

[Bancassurance Regulatory Commission: the online rate of property insurance business such as auto insurance, agricultural insurance and Italian health insurance will reach more than 80% by 2022]

Tianfeng Securities said A shares are expected to benefit from continued marginal improvements in liquidity, earnings and risk appetite, showing a volatile upward trend. If there is a short-term correction due to external disturbances, the market will actively pay attention to it. At present, the rhythm of resuming work and production is becoming more and more clear, and the expectation of economic marginal improvement is high. An important meeting will be held soon, policies will enter a warm-up period, heavy policies will prop up regional economic development and benefit the real economy and financial markets, and domestic demand and import substitution are still the focus of attention in the later stage. Pay attention to the domestic demand supported by the policy and the areas that are deeply affected by the epidemic and are marginal to recovery, such as building materials, cars, leading real estate, film and television, food and beverages, and so on.

Looking forward to the future, Shanxi Securities pointed out that the short-term market is expected to continue a volatile trend, and the upward risk of bond yields creates a certain pressure on the valuation of the short-term equity market, while the market lacks a clear main line. Funds huddled together to warm up led to capital congestion in individual sectors, significantly high valuations, and short-term pullback pressure.

Northeast Securities pointed out that A shares are still running in the stock game in the volatile market pattern. There is not much room for upward, and there is pressure near the annual line; downwards, there is a greater probability of stepping back on the demand for the 20-day moving average, but under normal circumstances, when the closing price falls below the 20-day moving average in a volatile city, there is often a short-term opportunity.

Citic Securities said that with the resumption of work and production and the resumption of business and the resumption of the market, economic data have improved in many aspects, the period of the greatest pressure on fiscal revenue has passed, and the pressure of the epidemic on public revenue and expenditure has gradually alleviated. In April, the growth rate of tax revenue in fiscal revenue rebounded, and the growth rate of fiscal expenditure changed from negative to positive due to the weakening of revenue-side constraints. Looking back, with the gradual improvement of the economy, the pressure on fiscal revenue and expenditure will be reduced, but this year's fiscal countercyclical adjustment is still one of the main keys of the policy, and it is expected that a proactive fiscal policy will run through the whole year.

Dongguan Securities believes that, on the whole, the market opened low after the shock weakened, the trend has weakened, individual stock plate fell mostly. In terms of the market environment, the recent policy deployment has placed stable employment in a prominent position, and the policy stability is expected to continue during the two sessions, while the central bank keeping the LPR interest rate unchanged is in line with previous expectations. The technical side of the market moderately makes up for the gap in the previous jump, and the short-term trend is slightly weaker, but the trend in the middle is still strong, and the policy expectations of the two sessions are still positive. Coupled with the continued northward inflow of funds, it is expected that there is still a chance to stabilize gradually after the short-term shock, paying attention to the changes in trading volume and the pressure of 2900 points. In operation, it is suggested to pay attention to finance, infrastructure, machinery and equipment, military industry, TMT and other industries.