CST
translation
Source:SMM
In the afternoon, the index continued to shock pull up, all three major indexes turned red. In late trading, the index continued to warm up, gem performance is relatively strong. On the disk, brokerage stocks once pulled up, but the persistence is not good. In addition, graphene plate affected by the news, liquor stocks continued a strong momentum. On the whole, the mood of funds in the final market is gradually active, and the money-making effect has improved. Specifically, by the close of trading, the Shanghai index was up 0.22% at 2898.05 points, the Shenzhen Composite Index at 11074.59 points, up 0.54%, and the Chuang Index at 2140.68 points, up 0.78%.

SMM5 13: morning three major indexes opened low, followed by shocks higher. On the disk, UHV, semiconductors and other technology plates are relatively strong, liquor, food processing and other consumer stocks have also pulled up, yesterday showed a strong cement, paper plate collective correction. On the whole, the market differentiation is still the same, hot plate rotation stirring. Individual stocks fell more or less, fried board rate is higher. Near noon, the index continued to show a concussion and warming trend. On the market, liquor stocks, dairy and other consumer sectors are still strong, technology stocks all fell back after rising. In the afternoon, the index continued to shock pull up, all three major indexes turned red. In late trading, the index continued to warm up, gem performance is relatively strong. On the disk, brokerage stocks once pulled up, but the persistence is not good. In addition, graphene plate affected by the news, liquor stocks continued a strong momentum. On the whole, the mood of funds in the final market is gradually active, and the money-making effect has improved.

The main capital inflow into the top 10 today 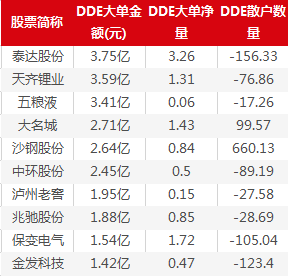 Mask plate near midday change pull up, Teda shares rose, search in the special, Xinlong holding, Guoen shares, Dawn shares have strengthened one after another.

[Citic Securities: us ban on semiconductor foundry in China is rumored]

Recently, the first meeting of the Financial Science and Technology Committee of the people's Bank of China was held in Beijing in 2020. The meeting studied the theoretical research, planning guidance and application practice of financial science and technology, and clarified the focus of the next step of work. Fan Yifei, member of the Party Committee and deputy governor of the people's Bank of China, presided over the meeting and spoke. The meeting stressed that it is necessary to strengthen the practice of supervising the application of science and technology, actively use big data, artificial intelligence, cloud computing, blockchain and other technologies to strengthen the building of digital regulatory capacity, and constantly enhance the technical and prevention capabilities of financial risks. we will enhance the professionalism, unity, and penetration of supervision, and contribute scientific and technological strength to resolutely win the battle of financial risk prevention and control and the work of resuming work and production. (central Bank website)

Citic Securities said that May is the best investment window in the second quarter of this year, the rhythm tends to rise slowly, the configuration is still recommended to new and old infrastructure and related technology leaders (5G, cloud computing, new energy vehicles, etc.) as the main line, at the same time, it is suggested to gradually layout the high-quality stagflation plate suppressed by the epidemic in the early stage.

Citic Construction said that the current valuation of the A-share market is relatively low, undervalued, high growth, high liquidity of high-quality assets are attractive to long-term capital. In addition, the opening up of the domestic capital market has also been unprecedented, and guiding the entry of long-term funds has become the main tone, which has laid a solid foundation for the long-term development of the market in the future. At the same time, with the "two sessions" time window approaching, under the expectation that the policy fully supports the economy, the market risk preference will be maintained at a certain level. Taken together, the short-term market may be dominated by structural markets. Operationally, investors are advised to pay attention to controlling positions and pay attention to bargains: relatively deterministic investment opportunities in areas such as big infrastructure (construction, building materials, machinery), some new infrastructure (5G, cloud computing, big data centers, etc.), and promoting consumption (cars, small household appliances, domestic tourism).

Western Securities pointed out that based on the expected EPS adjustment trend in 2020, A-share earnings expectations repair much faster than U. S. stocks and H shares. This means that the financial sector earnings have been limited by the impact of the epidemic, the future valuation repair is more flexible. The style plate (gem) or industry plate (growth) where earnings expectations tend to improve is expected to benefit from valuation flexibility.

Everbright Securities believes that the current A-share market valuation is slightly low, it is recommended that long-term value investors can actively buy, short-term investors do not need to worry too much. Configuration, focus on the counter-cyclical grasp of the main line of pure domestic demand, including new and old infrastructure (building materials, construction, machinery, 5G) and cars, pay attention to the recovery of the fundamentals of optional consumption, the worst period of the science and technology plate has also passed, can be arranged on the left side of the bargain.