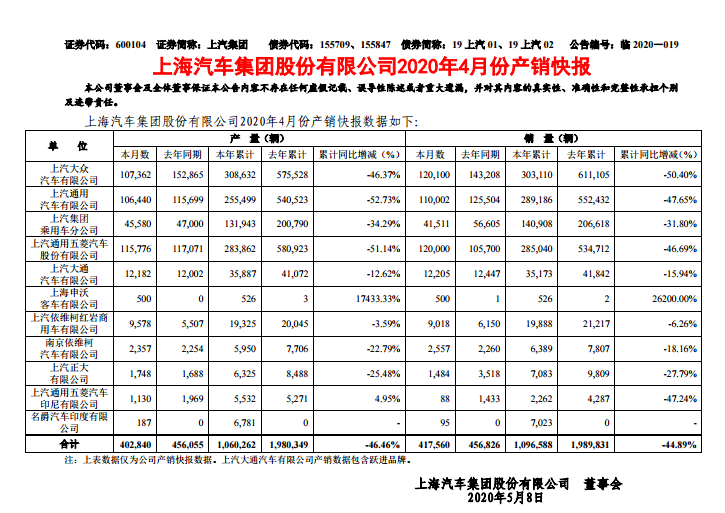 The impact of the epidemic gradually weakened, the introduction of stimulus policies, the release of cumulative demand in the first quarter of 2020 and other factors, superimposed on the company to increase marketing efforts, the group sales significantly warmed up in April.