CST
translation
Source:SMM
The index strengthened again in the afternoon, with the Chuang Index and Shenzhen Composite Index rising more than 2%. On the disk, real estate stocks pulled up, 5g communication plate strengthened significantly. At the end of the day, the index was adjusted at a high level. On the disk, semiconductors, consumer electronics, photovoltaic and other science and technology topics are relatively strong, the real estate plate changed and pulled up, the science and technology plate continued to be active in the afternoon, more than 8 stocks rose more than 10%. By the end of the day, the Shanghai index was up 1.33% at 2860.08 points, the Shenzhen Composite Index was up 1.97% at 10721.78 points, and the Chuang Index was up 1.92% at 2069.43 points.

SMM4 30: the morning index opened high, the index rose more than 1.5%, the Prev index, Shenzhen Composite Index rose more than 1%. On the disk, the holiday concept stocks all strengthened, Tesla, consumer electronics, semiconductors and other theme concepts blossomed. On the whole, the plate stocks rose and fell less, the capital mood is relatively high, and the money-making effect is gradually getting better. Towards the end of the morning, the index remained strong. The Shenzhen Composite Index rose 2%. The Prev index rose nearly 1.5%. On the disk, the whole line of science and technology stocks is active, the brokerage plate is also high, the concept of photoresist changes to pull up. The index strengthened again in the afternoon, with the Chuang Index and Shenzhen Composite Index rising more than 2%. On the disk, real estate stocks pulled up, 5g communication plate strengthened significantly. At the end of the day, the index was adjusted at a high level. On the disk, semiconductors, consumer electronics, photovoltaic and other science and technology topics are relatively strong, the real estate plate changed and pulled up, the science and technology plate continued to be active in the afternoon, more than 8 stocks rose more than 10%. On the whole, the transaction contracted slightly in the afternoon, the fried plate rate went up, and the money-making effect was still good.

Market analysts said that affected by the epidemic, masks, protective clothing, medicine and other epidemic prevention materials production and sales of listed companies orders greatly increased. The continued rise in the share prices of the relevant companies has also further increased the risk of the secondary market. New infrastructure, 5G industry chain, semiconductor companies benefit from domestic substitution and the transformation of online technology in traditional industries, and are expected to achieve a long and high business cycle. Changdian science and technology, Juchen shares, Zhuo Shengwei, Tongfu micro electricity, Lanqi science and technology, rich electronics and so on. 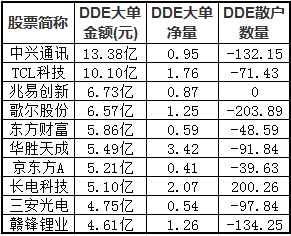 [daily loss of 220 million, four major airlines a huge loss of 20 billion in a single season! The dark time is over? April 29, a number of airlines disclosed a quarterly report, compared with the miserable competition, Air China, Southern Airlines, Eastern Airlines and HNA Holdings all suffered huge losses. Spring and Autumn Airlines and Regional Airlines, as low-cost airlines, are no exception, with net profit falling in the triple digits from a year earlier. It is worth noting that Spring and Autumn Airlines is the smallest decline of these airlines.

[Tesla will lower the price of the Model 3 standard extension to 300000 yuan] Tesla announced its first quarter results on April 30, Beijing time. On the earnings call, Elon Musk, Tesla's founder, said the company would lower the price of the extended version of the Chinese-made Model 3 standard tomorrow to meet the new requirements of the energy subsidy policy. Musk said that although the price has been reduced, but the move is expected to increase the gross profit margin of the Chinese-made Model 3, he did not disclose specific price cuts or implementation plans.

The Commerce Department responded that the United States will review China Unicom, Telecom and other four operators: stop this wrong practice! ]

Gao, a spokesman for the Ministry of Commerce, said on the 30th that the US move is discrimination against Chinese state-owned enterprises. The Chinese side urges the US side to stop abusing the concept of national security and using state power to crack down on legally operating enterprises in the United States, and not to treat enterprises differently on the basis of social system and ownership.

Citic Construction: by 2020, Tesla is expected to achieve a shift in the localization rate of its components from 30% to nearly 100%; Tesla, which supplies autonomous power batteries, is expected to take the overall supply chain status of new energy vehicles to the next level. It is suggested that investors should pay attention to the global power battery leading enterprises and high-quality suppliers of the industry chain.

Southwest Securities said that the epidemic repeatedly or lengthened the market "pit" cycle, medium and long-term bargain step by step allocation of two main lines: first, the counter-cyclical adjustment policy is more sensitive, profit growth is more deterministic and low valuation varieties, such as Internet media, brokerage, gold and infrastructure. Second, varieties that have been significantly impacted in the global epidemic cycle, are sensitive to the economic cycle and still have a lot of room for upward valuation, including transportation (aviation), leisure services, and so on. Short-term proposal to continue to "group" downstream must choose consumer goods, agriculture, infrastructure and other higher risk aversion varieties, the first choice of gold.

Wen Bin, chief researcher at Minsheng Bank of China, said both manufacturing and non-manufacturing PMI indices were above the rise and fall line in April, indicating further improvement in China's economic activity. However, it should also be noted that the current overseas epidemic situation is relatively serious, and the pressure on external and internal defense to rebound is still relatively great. Under the situation that global trade is greatly affected, China's economic development should be more "self-oriented" in the next stage, vigorously stimulate domestic demand, speed up the replenishment of traditional consumption, cultivate new models such as the development of online consumption, and promote the recovery of traditional infrastructure, speed up the new infrastructure to stimulate economic vitality, and make arrangements for the transfer of exports to domestic sales.