Kansanshi and Las Cruces produced more copper this quarter than in 2019. Higher throughput and recovery lead to higher copper production in Kansanshi. Las Cruces' throughput is at a more normal level in the current period, while land landslides affected the first quarter of 2019.

The Kansanshi smelter processed 329946 dry tons of copper concentrate and produced 80280 tons of anodic copper and 315000 tons of sulfuric acid, with a recovery rate of 97 per cent this quarter.

The production guidelines have been revised, with copper production ranging from 755000 to 805000 tons, a decrease of 75000 tons. The scope of Cobre Panama's updated copper and gold guidance is subject to MINSA approval to terminate preservation and security maintenance and to restart operations by the end of May or at the end of May. Normal production levels are expected to resume from late June 2020 to early July 2020. Postponing the timetable would have an impact on the scope of the guidance. 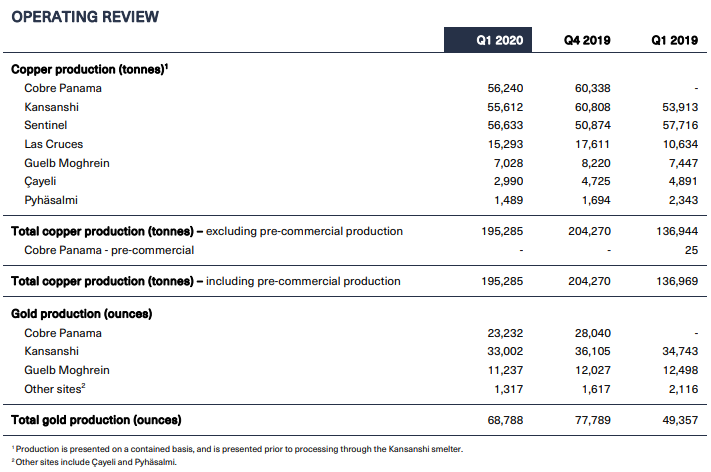 Total copper sales in the first quarter were 46 per cent higher than in the same period in 2019, reflecting Cobre Panama's contribution and an increase in Las Cruces production. Sentinel sales are down due to the timing of sales. 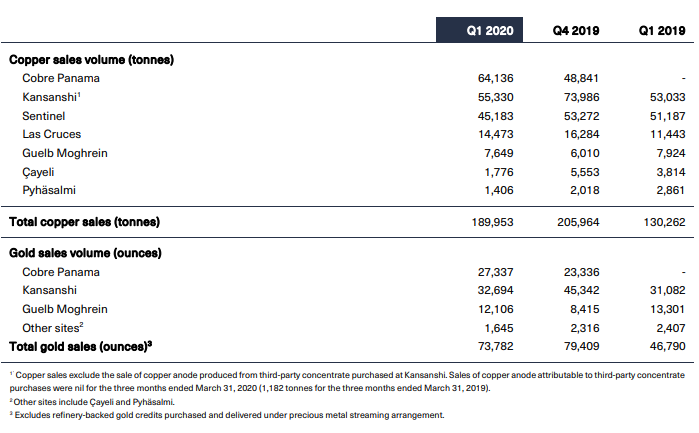