The following figure shows the import grade and average price distribution of lithium concentrate in March (some anomalies have been eliminated). 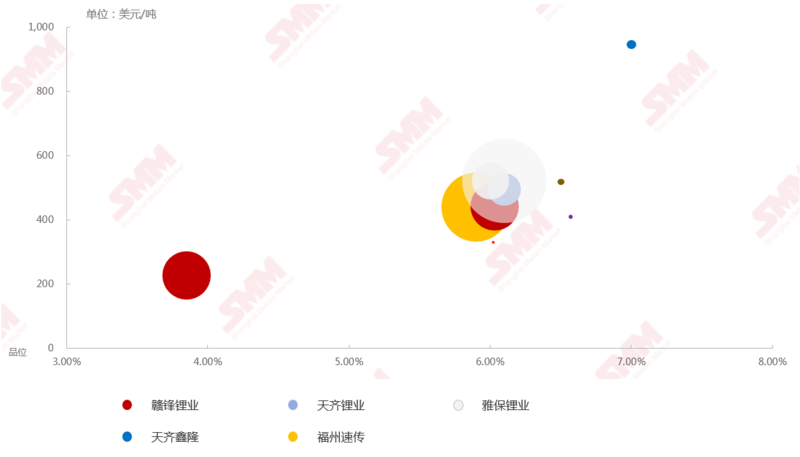 At present, the global new crown epidemic has not been effectively controlled, and the trade logistics of various countries has been affected to varying degrees. According to SMM, the current Australian inbound vessels need to be quarantined, or affect the pace of lithium mine shipment in May and June. In addition, the domestic and foreign power battery demand "double weak", the terminal enterprise considers the cash flow pressure to the material inventory, the battery grade lithium carbonate order is still weak, the price is in the slow decline process, the domestic smelter considers to convert the ore inventory to the lithium salt finished product inventory, the demand to the upstream lithium concentrate weakens synchronously, the current lithium concentrate CIF price may close to 420 US dollars / ton.

Taking into account the three factors of limited logistics, weak demand and price pressure, Australian mines were underpowered in the second quarter, or priority was given to inventory to continue to reduce the operating rate. At present, both the mine end and the smelting end are facing cost pressure, and the room for price decline is limited when there is no obvious improvement in demand.