SMM4 28: early trading three major indexes high, but the good times are not long, the three major indexes quickly turned down. On the disk, science and technology board stocks become the main force of the decline, 99 division board once more than half of the decline of more than 10%, ultra-high pressure plate plunged sharply. On the whole, the mood of capital wait and see rose again, the fried board rate soared, and the market panic continued to spread. In intraday trading, after a brief fall, the three major indices stabilized and recovered, with the index leading the way, having fallen more than 2.5 per cent at one point. The transaction of the two cities gradually slowed down, and the capital mood returned to stable. On the disk, liquor stocks rose against the trend; securities, white horse stocks performed more positively, semiconductors rebounded rapidly. The index was slightly calmer in the afternoon. Gem index trend is strong with the motherboard. On the disk, liquor stocks, brokerage stocks are still strong, agricultural stocks rebounded after noon. The market desire to do long is not strong, semiconductors and other science and technology topics are not good, long and short both sides are weak, the money-making effect is still poor.

Shanxi Fenjiu, Wuliangye, Luzhou laojiao, willing to wine industry, Shuijingfang, alcoholic wine, Gujing tribute wine and other stocks rose. China and Thailand Securities believes that the food and beverage sector is expected to rely on high profits, low valuation, high dividends and other advantages, continue to enjoy foreign capital inflow dividends, help to reconstruct the valuation system of the plate. After the epidemic, the plate will welcome differentiation and attach importance to high-quality leaders with fundamental support. 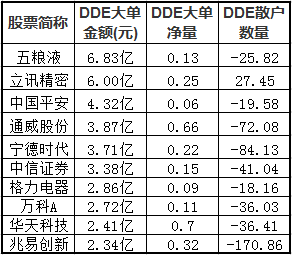 Liquor plate opening change pull up, Shanxi Fenjiu, Wuliangye up 4%, Luzhou laojiao, willing to wine industry and so on.

Division board decline expanded, Longsoft science and technology, Weisheng information, Jingchen shares, Juchen shares, excellent engraved and so on fell by more than 15%. Nearly 20 stocks fell more than 10 per cent.

[IDC: expects education tablet shipments to be close to 4.4 million units in 2020]

Today (April 28), the regulations (draft) on the Free Trade pilot Zone at Qianhai Shekou of the Shenzhen Special Economic Zone were submitted to the 41st meeting of the standing Committee of the sixth Municipal people's Congress for deliberation. In the management mode of foreign investment access, the draft regulations innovates the management mode of "non-violation and non-intervention", and explores the implementation of international investment freedom. The draft regulations also stipulate that the FTA will gradually abolish or relax access restrictions for foreign investors in the fields of finance, modern logistics, information services, scientific and technological services, cultural services, professional services, medical and health services, and so on.

On April 28, it was learned from sources that the second phase of the National Foundation and Shanghai Guosheng Group jointly injected 4.5 billion yuan into Ziguang Zhanrui, which was signed a few days ago and the funds have been received. It is understood that Ziguang Zhanrui has started IPO, internal equity incentive has been launched, some employees have signed equity incentive agreement. According to Ziguang Zhanrui listing plan, it is expected to complete the division board IPO declaration by June 30 this year.

[more than expected! Bank stocks increased and decreased in the first quarter! The net breaking ratio of listed banks is nearly 90%]

Anxin Securities: the registration system will further strengthen financial support for the real economy and bring opportunities for high-tech companies that are unable to make a profit at this stage but are in a "tuyere". The implementation of the registration system will also dredge the IPO "barrier lake", devalue shell resources, accelerate the polarization of A shares, and gradually concentrate market transactions to the leader.

Galaxy Securities: last week A shares shock consolidation, northward capital small net inflow, transaction volume remained low. The market rebound driven by the repair of market sentiment has been initially completed, and the fundamental factors have become an important influencing factor in the dominant market. At present, there is still uncertainty in the control of the overseas epidemic situation, and the rising energy in the market is insufficient. Short-term markets will wait for the accumulation of upward momentum, requiring deterministic signals of improvement in fundamentals, or temporal and spatial adjustments to market movements. In the medium to long term, we are firmly optimistic about the investment opportunities when A shares are low. At present, the signal of China's policy is clear, the economy is gradually resuming production, and the impact of the epidemic on the economy is different from the economic crisis caused by the mismatch of traditional resources, and the economy will be quickly repaired after the epidemic.

Configuration recommendations: 1. Industries less affected by the epidemic and the external economic recession, including related products such as diagnosis, detection and treatment of the new crown epidemic situation, vaccines, innovative drugs and medical devices, condiments with strong pricing power, food and beverage and other necessities of life, and some core asset companies with larger margins of safety. (bottom warehouse) 2, 5G, semiconductors and other related scientific and technological varieties. (it is a flexible position in the operation of the rebound band, depending on the degree of risk preference of investors).

Tianfeng Securities: at present, the overseas epidemic is still in the stage of rapid outbreak, and the economies of Europe and the United States are likely to enter a technical recession in the first half of the year. However, considering that there is no excessive leverage before the outbreak, and the policy response after the outbreak is also very positive, it is considered that under the premise that the epidemic can be controlled, the possibility of a sustained recession or even depression is low. The most severe impact of the domestic epidemic on the economy has passed, the downward pressure in the second quarter mainly from the trade chain, the export end of serious pressure. On the policy side, consumption and infrastructure are being taken as the main starting point, and fiscal efforts are being made to cope with the downward pressure on the economy. Social financial growth is expected to rise significantly in the second quarter, and economic growth will return to positive growth, but a full return to the right track has yet to end the epidemic in Europe and the United States.

In the second quarter, we pay attention to three main lines: 1) around the stimulation of domestic demand, the impact of the overseas epidemic is small, such as medicine, must-choose consumption, agricultural planting chain, etc. 2) policy support or power direction: such as new infrastructure, old infrastructure, ultra-high pressure, cars, etc. 3) the science and technology plate is affected by the epidemic situation under short-term pressure, but the medium-and long-term logic has not changed, still long-term bullish, if there is an overfall in the second quarter, you can also choose high-quality leading to do long-term layout.

Huatai Securities: has three core effects on the capital market, and pays attention to the leading benchmarking in the medium and long term.

The core impact of the gem registration system reform on the capital market is as follows: following the gem registration system and replenishing the existing system; positioning differentiation, supporting innovation and creation of enterprises, encouraging the integration of new and old industries; promoting the reform of the supporting system of the capital market.

Anxin Securities previously said in its research and newspaper that the registration system is an important part of the A-share market reform, together with the previous scientific innovation board pilot, M & A restructuring and refinancing reform, the delisting system reform to be promoted in the future, and the new third board reform, together, constitute the main content of the current capital market reform. It is also an important policy basis for A shares to mature and welcome mature cattle.