According to SMM Iron and Steel on April 23, the total inventory of hot rolled coils this week was 4.7695 million tons,-4.91% month-on-month and + 61.19% year-on-year. Since mid-March, the national hot rolled coil inventory has continued to decline, so far has been declining for six consecutive weeks, and the decline continues to widen. Promote the pressure of hot rolling fundamentals to gradually ease, the spot price to form a support. Among them, 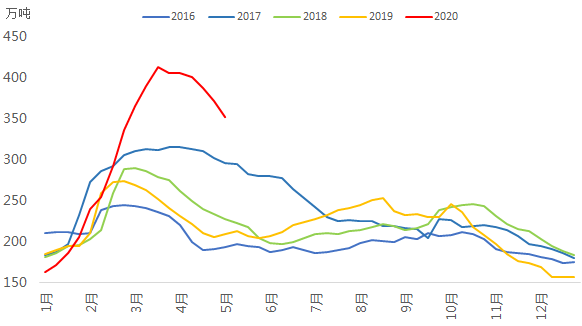 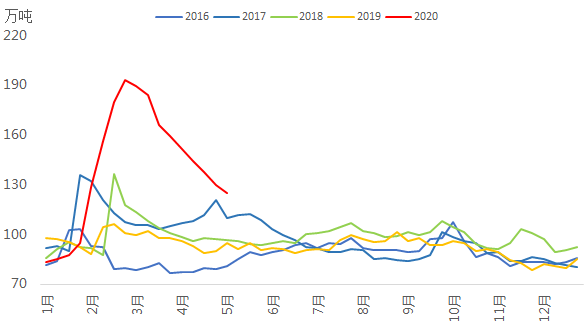 According to SMM Steel Analysis, this week's decline is still mainly driven by the rebound in actual terminal demand. Recently, under the dual power of monetary policy and fiscal policy, the capital of infrastructure projects is abundant, and the projects are making rapid progress, which leads to the development of the surrounding plate terminal industry, thus pulling up the demand for hot rolled coils and accelerating the reduction of hot rolling depots in the near future. Among them, the plate terminal performance is more prominent for the construction machinery industry. According to the latest data from the National Bureau of Statistics, excavators, large and medium-sized tractors and industrial robots increased in March over the same period last year, up 2.3 percent, 36.6 percent, 3.0 percent and 12.9 percent respectively.

In the short term, the current spot price has not only fully reflected the high inventory and pessimistic market expectations, but also touched the cost line of steel mills and traders, coupled with the obvious boost to the market mentality by the continuous reduction of the warehouse, so its willingness to raise prices is stronger than in the early days. At the same time, the national policy is good to make continuous efforts to boost market confidence, so it is expected that the short-term spot price is difficult to have a sharp fall in the market. However, due to the contraction of terminal export orders and the increase in hot rolled coil production (mainly due to the centralized resumption of production and the increase in cold transfer and heat transfer), prices are also difficult to have a sustained rebound in the short term, so it is highly probable to maintain a volatile trend.