SMM4 23: early trading A shares high open, followed by a weak shock, the three major indexes all turned green, on the disk, the detection plate has fallen back, the opening plate stocks gradually increased. Near the end of the morning, the index fell more, extractive services pulled up. In the afternoon, the three major indexes pulled up and turned red, on the plate, the food plate strengthened. Near the end of the day, the three major indices turned green and weakened again. On the whole, the performance of the market is weak, the stocks of the two cities fell more or less, and the money-making effect was poor.

On the news surface, according to the block chain industry media news, April 22 afternoon, Xiongan New District held the legal number of RMB (DCEP) pilot promotion meeting. The promotion meeting is organized by the Reform and Development Bureau of the Management Committee of Xiongan New District. Research and development institutions, including digital currency, and pilot businesses were invited to participate. Huijin shares rose by a straight line, Radio and Television Express, Hengbao shares, blue software, Omar Appliances and so on. 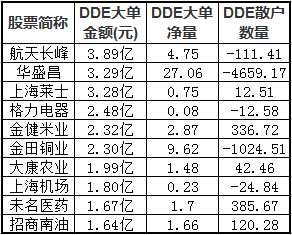 With regard to the follow-up financial support for small and micro enterprises, the Shenzhen SME Service Bureau responded that the Shenzhen SME loan discount Policy will continue to be implemented in accordance with the relevant provisions of the Circular of the Municipal Bureau of Industry and Information Technology on the issuance of the "measures for the implementation of the Shenzhen Municipal loan discount Project for dealing with the epidemic of New Coronavirus pneumonia". In conjunction with the Shenzhen Banking Insurance Supervision Bureau, we will strengthen the guidance to the banks and require the banking institutions to strictly check the customs. We will strengthen communication and cooperation with relevant departments, and if any violations of laws and regulations are found and verified, the responsible units and individuals will be punished for breaking their promises in accordance with the rules and regulations.

Shen Changyu, director of the State intellectual property Office, said: at present, we are stepping up the formulation of a strategic outline for strengthening the country with intellectual property rights for 2035, which is of great significance to better promote the two-step approach put forward by the 19th CPC National Congress and build a powerful socialist modern country by the middle of this century. This work was led by the State intellectual property Office last year. On the basis of a series of work, such as departmental research, special research, expert consultation, and international comparison, the first draft of the outline has been basically formed, and preliminary opinions have been solicited within a certain scope. In the next step, we will speed up enrichment and improvement, and plan to submit it to the central authorities for deliberation in the second half of this year

[Xi Jinping: state-owned enterprises are the new force and the main force in resuming work and production]

General Secretary Xi Jinping visited Shaanxi Automobile holding Group Co., Ltd. on the 22nd to learn more about product research and development, production, sales and resumption of production. "Manufacturing is the lifeblood of our economy, and our state-owned enterprises are the new force and the main force, and we should play this role in resuming work and resuming production," Xi Jinping said. Just now I looked at some products, but also looked at your production line, not only not affected by the epidemic, but also created the highest level of car production in history, which must be encouraged. I hope you will make continuous efforts to seize the opportunity and turn the crisis into an opportunity. In particular, to create and develop new models, new formats, new technologies, new products. " (CCTV News)

Shanghai municipal government: encourage consumers to use new energy vehicles and give certain subsidies to car sales companies registered in the city by the end of 2020 to buy pure electric vehicles and plug-in hybrid vehicles.

[Ministry of Commerce: the size of the national online retail market in the first quarter of this year is basically the same as that in the same period last year]

Tianfeng Securities said that the market is in a dilemma, shrinking volatility will become the normal in the short and medium term. With lower risk appetite, be bullish on consumption, medicine and building materials. At the same time, gradually pay attention to the over-falling technology stocks leading (electronics, new infrastructure, new energy). Compared with the higher valuation of the consumer plate, the long logic still exists, the risk-return ratio is relatively good.

Shanxi Securities: looking forward to the future, or heavy allocation light trading. From a technical point of view, A shares horizontal volatility, U. S. stocks show signs of correction, market volatility remains high, short-term shocks are inevitable. However, in the medium to long term, with the subsequent recovery of domestic demand, A shares are expected to fluctuate upward under the support of fundamentals. At present, the index is at a low point, and the valuation advantage is obvious; it is suggested that investors should seize the allocation window and actively pay attention to the investment opportunities of A shares. In the sector, investors are recommended to pay attention to major infrastructure (construction, building materials), new infrastructure (5G, cloud computing), agriculture.

Northeast Securities: a-share listed companies in the first quarter of profit growth probability downward. The vast majority of companies with larger performance declines have been affected by the epidemic. Focus on optional consumption and cycles from the perspective of the impact of the first quarter on full-year results and the share of overseas operations. From the two angles of relatively low net profit in the first quarter, low overseas business, low revenue in the first quarter and low overseas business at the same time, the industries of building materials, leisure services, computers, machinery and equipment, building decoration and electrical equipment have relatively better profit restoration in the second quarter and beyond, specifically to sub-industries. It is mainly for professional retail, catering, scenic spots and other optional consumer industries, as well as garden engineering, cement manufacturing, other building materials and other cyclical industries.

Citic Securities said that from the past performance, consumption and technology are undoubtedly the best endogenous growth industries in China, the epidemic has a serious impact on the consumer sector, and the differences among sub-industries come from differences in fundamental certainty. The impact of household appliances, textiles and clothing, and auto parts in optional consumption is more serious than that of optional consumption, and the profit elasticity after the recovery of demand is greater. In the field of science and technology, from the current valuation adjustment, semiconductors and communications have basically erased the previous valuation increases, but they have not been underestimated enough. in terms of configuration, we prefer Internet and e-commerce with better certainty; finally, we explore a category of companies that may be ignored by the market, chemical leaders and (low-cost) airlines that have been substantially adjusted because of the epidemic, which can be focused on after the recovery of tourism travel after the epidemic.

Everbright Securities believes that the current stage of the A-share market valuation is slightly lower, long-term value investors can gradually buy, short-term investors do not need to worry too much. In terms of configuration, it is suggested that attention should be paid to: first, the pure domestic demand plate as a countercyclical regulation policy, including new and old infrastructure construction (construction, building materials, machinery, 5G) and automobiles; second, if there is "shock" in the second quarter of the European and American economies, from the perspective of supply chain, we should pay attention to the possibility of filling vacancies in the fields of automobile and other transportation equipment, chemical and chemical industry, medical and medical equipment, aerospace and agricultural products. Third, under the influence of the overseas economic recession, the extent of the rebound in economic growth is still variable. Before the emergence of "strong data", the fundamentals of essential consumer goods such as medicine and food and beverages were more deterministic. Fourth, at present, there is a large difference between dividend yield and risk-free interest rate in high dividend plate, so it is suggested that investors with low risk preference should pay attention to high dividend target.