Summary: the total inventory of hot rolling this week is 5.0159 million tons, month-on-month-4.56%, year-on-year + 67.98%. Hot rolling inventory continued to decline and the decline gradually expanded. Mainly due to the recent continuous news of profit, coupled with infrastructure, machinery and other terminal demand has improved significantly, so the digestion of hot rolling inventory has been accelerated, promoting the extent of warehouse reduction continues to expand. 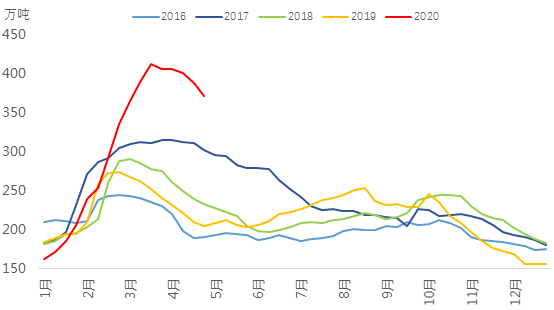 Overall, the continued reduction of the stock has a significant boost to the current market mentality. Traders inventory pressure has eased, the mentality has also warmed up, so that their willingness to bid is stronger than in the early days. At the same time, the policies of interest rate reduction, rate reduction and stimulating terminal consumption have been introduced at the national level, which has a certain degree of support to the spot price in the short term. However, due to the current total inventory is still on the high side and the fundamentals have not been significantly improved, so the overall price is difficult to show a sustained rise, so it is expected that the short-term spot price is expected to fluctuate in the range.