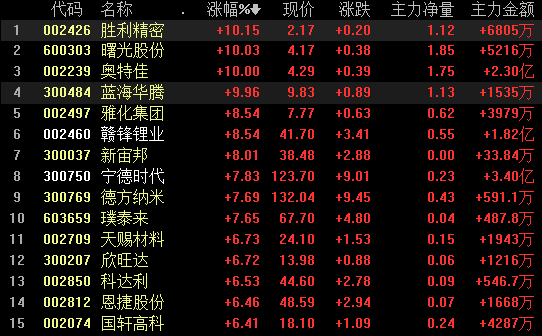 With the effective control of the domestic epidemic situation and the warming of the policy environment, on March 31, the executive meeting of the State Council clearly proposed to extend the policy of subsidizing the purchase of new energy vehicles and exempting them from purchase tax for two years, and local governments introduced policies to promote automobile consumption one after another. At the same time, local governments have introduced stimulus policies, and the market is expected to accelerate the recovery of car consumption.

According to CCTV Finance and Economics, the State Grid has launched a new round of charging pile construction, with a planned investment of 2.7 billion yuan and 78000 new charging piles. The project is distributed in 24 provinces (cities), including Beijing, Tianjin, Hebei, Shanghai, Jiangsu, Hunan and Qinghai, covering public, private, logistics, sanitation, community and port shore power and other types. Among them, there are 53000 charging piles in residential areas, 18000 public charging piles, 7000 special charging piles and 150 shore power facilities. To make up for the difficulties in charging residential areas, lack of platform connectivity and other industry shortcomings, with scientific and technological innovation and deepening reform as the driving force, create a model, promote social capital co-construction, co-operation and sharing, and achieve high-quality development. According to estimates, it can drive the consumption of new energy vehicles to more than 20 billion yuan.