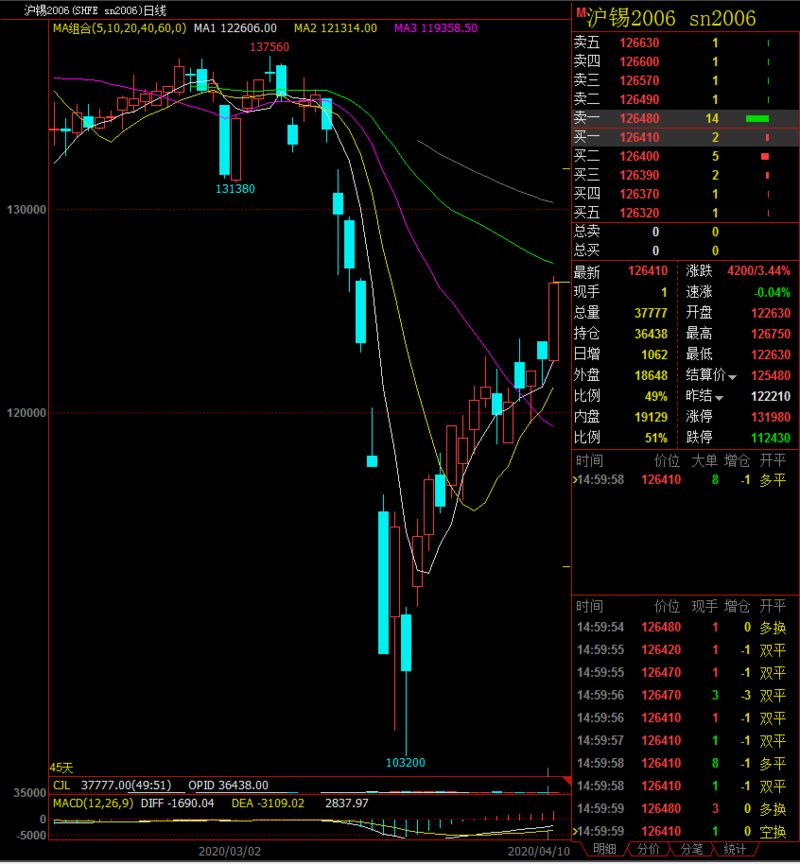 According to recent reports, Tianma, the world's largest tin producer, announced that it would delay some exports in March after the outbreak, and the spread of Xinguan pneumonia has disrupted global trade, with prices falling more than 10 percent month-on-month in March. The company also said it would cut production by 20 to 30 per cent that month while measuring global demand. JFX sales fell 38 per cent in March from a month earlier to 4605 tonnes. Other private tin smelters are also traded through the exchange, but Tianma produces most of the refined tin. Sales of refined tin fell in March through Jakarta Futures Exchange (JFX), Indonesia's main tin exchange, after Tianma announced a cut in production.

Alpha Ming's tin concentrate production fell by 5% in the first quarter. Although Alpha Ming Company has increased the recovery rate of the concentrator, the grade of its raw ore has decreased significantly. Within a period of time, the company achieved a recovery rate of 71% at its plant selection, meeting its target for the first quarter. The grade of the raw ore fell from nearly 5% to 3.5% because the company's mining work was carried out to an underground area with low tin enrichment. Total concentrate production in the first quarter was 2119 tons, down 116 tons from the fourth quarter of 2019.

In addition, (MSC), the Malaysian smelting group, and Minsur of Peru, the world's third and fourth largest refined tin producers, have recently announced a moratorium on production. AfriTin Mining of Namibia and Minera ã o Taboca, a subsidiary of Minsur in Brazil, also suspended production after Indonesian tin miner PT Timah announced a temporary cut in production and delayed exports, as did Bolivia's EM Vinto.

SMM believes that at the beginning of yesterday's LME European market, due to expectations of a production reduction agreement reached at last night's OPEC+ meeting, superimposed overseas tin city fundamentals Alpha Ming tin concentrate production, Jakarta Futures Exchange (JFX) fine tin sales decline factors, overnight tin rose sharply, and once broke above $15000 / ton, and closed strongly at $14950 / ton. Today, due to the suspension of LME trading on Easter, the domestic Shanghai tin stock market rose sharply under the influence of the overnight outer plate, making up for the resistance level near the previous empty gap on the track. It is initially estimated that the resistance above the short-term Shanghai tin moving average is around 127000 yuan / ton on the 40-day moving average, and if broken, the next resistance is around 130000 yuan / ton on the 60-day moving average.