CST
translation
Source:SMM
The index continued to weaken in the afternoon, with all three major indices falling more than 0.5 per cent. On the disk, the morning performance of strong farming and other agricultural plates strengthened again. In addition to the agricultural plate, other concepts are relatively weak, the Shenzhen plate relay Hainan plate gradually strengthened. The willingness to spend more money is weak, and the effect of making money is poor. Specifically, by the close of trading, the Shanghai Index was at 2763.99 points, down 0.60%; the Shencheng Index at 10110.11 points, down 0.68%; and the Creative Index at 1906.67 points, down 0.54%.

SMM4 month 3: the two cities opened slightly low, after the opening of the index shock higher, the creation index, deep index has floated red one after another. On the disk, medicine, agriculture performance is strong, yesterday's strong performance of oil, communications plate has a pullback. Near the end of the morning, the three major indices weakened again, the gem index floated green again. Early trading performance of the agricultural plate slightly pullback, Hainan, gold plate change pull up, science and technology stocks are dispirited. The index continued to weaken in the afternoon, with all three major indices falling more than 0.5 per cent. On the disk, the morning performance of strong farming and other agricultural plates strengthened again. In addition to the agricultural plate, other concepts are relatively weak, the Shenzhen plate relay Hainan plate gradually strengthened. The willingness to spend more money is weak, and the effect of making money is poor. 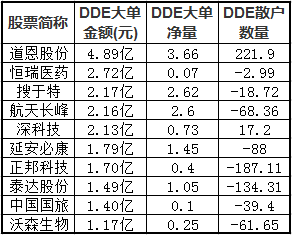 In order to conscientiously implement the spirit of General Secretary Xi Jinping's important speech on overall planning for the prevention and control of the epidemic situation and economic and social development, comprehensively implement the decision-making arrangements of the CPC Central Committee and the State Council on stabilizing foreign investment, adhere to the combination of problem orientation and goal orientation, persist in promoting increment and stabilizing the amount of foreign investment at the same time, persist in stabilizing foreign investment in the course of reform and opening up, and do everything possible to stabilize the basic market of foreign trade foreign investment, April 1, The Ministry of Commerce issued the Circular on further Reform and opening up in response to the epidemic to stabilize Foreign Investment, put forward 24 specific measures and work requirements from five aspects, and arranged for the current and this year's work to stabilize foreign investment.

[central bank: increase the amount of reloans and rediscounts for small and medium-sized banks by 1 trillion yuan]

[Ministry of Finance: fiscal deficit ratio will be increased appropriately and special treasury bonds will be issued in 2020]

At a news conference held this morning by the Joint Defense and Control Mechanism of the State Council, Vice Minister of Finance Xu Hongcai said that in order to effectively deal with the negative impact of the epidemic, efforts should be made to strengthen the implementation of macro-policy regulation. In accordance with the decision-making arrangements of the CPC Central Committee, we will appropriately raise the fiscal deficit ratio in 2020, issue special treasury bonds, send a positive and clear signal to the community, and consolidate and boost market confidence.

[Shenzhen's 14th five-year Plan is already in preparation for the 40th anniversary of the establishment of the special economic zone, and relevant policy measures will be issued.]

The reporter learned from many departments in Shenzhen that the formulation of the 14th five-year Plan for Shenzhen has been launched. Among them, the strategic emerging industry "14th five-year Plan" is one of the components of Shenzhen "14th five-year Plan", and the relevant work is being carried out. Strategic emerging industries and many other areas may become the key points for Shenzhen to promote and carry out innovation in the next step. Shenzhen needs to make use of global innovation resources to build a higher level of international innovation and creative capital with outstanding competitiveness and influence. In addition, the reporter learned that the 40th anniversary of the establishment of the Shenzhen Special Economic Zone will be the introduction of relevant policies and measures.

Citic Construction said that at this stage we suggest that investors should not be overly pessimistic, on the basis of reasonable control of the position, encountered a substantial adjustment can gradually bargain layout of some high-quality stocks, patiently waiting for the follow-up repair of the market and further feedback. In the configuration direction, we can focus on: 1. Under the countercyclical adjustment, the prosperity degree picks up the direction. Such as 5G led by the new infrastructure industry, as well as consumer stimulus of new energy vehicles and other related industries; 2, the early adjustment is more adequate, with a high moat of white horse stocks; 3, after the continuous adjustment of the market, once the market mood picks up, it is expected to get the attention of the capital of the technology leader stocks.

Galaxy Securities: yesterday A shares ushered in a rebound, northward net inflow of capital, transaction volume remained low. The market rebound is a tentative "restlessness" to the accumulation of recent positive factors, and it is not enough to judge that the market has reversed the downward trend and ushered in a rising market. The overseas epidemic is still not optimistic, and the global financial market is still facing greater uncertainty, but we should not ignore the accumulation of some positive factors in the A-share market. Recently, the net inflow of funds northward, the policy signal is clear, and the marginal growth rate of new cases of overseas outbreaks has improved. We still maintain the point of view of the early judgment of the market trend, and suggest that we should dare to be optimistic in the bottom area, actively grasp the medium-and long-term position opportunities brought about by the recent pullback of international market shocks, and pay attention to the performance-to-price ratio.

Tianfeng Securities: the market showed volatility this week, the overseas epidemic is the biggest variable affecting the market, April may be the peak of the global epidemic. The short-term inflection point is unpredictable, the impact of global capital markets will continue, A shares may be wide volatility. But in the long run, China has taken the lead in controlling the epidemic and has turned to economic recovery. The overall valuation of A shares is relatively low around the world, the decline of the index is also relatively limited, the superimposed liquidity is loose, and the market is rich in structural opportunities. Bullish on new energy vehicles and consumer sectors with a policy base, the supply and demand of the electronics industry chain is expected to rise in stages after the expected adjustment, but the long-term outlook tends to be conservative with the global economic recession.

Guosheng Securities said that the market on Thursday to get rid of the impact of external fluctuations, investor sentiment has gradually rebounded, the technical double-bottom structure, as well as the bottom position cost region of large institutions, the market is likely to take advantage of the release of policy dividends, out of a wave of accelerated rebound of the market, of course, the release of quantity is the key, the external epidemic and market changes still have greater uncertainty.

Soochow Securities: new scientific and technological infrastructure is the "key investment" to promote effective investment, the "strong engine" to release economic vitality, and the "effective path" to achieve technological innovation is an important support for promoting high-quality development. The policy continues to promote the acceleration of the industry, the operator bidding has been launched one after another, the time and the earth is harmonious, and the prosperity of new scientific and technological infrastructure is determined to be upward. New infrastructure is mainly driven by national policies, operators and cloud computing companies and other factors, the impact of external demand is small, continue to be optimistic about 5G and IDC as the representative of new technology infrastructure investment opportunities.