CST
Source:SMM
China’s demand for lithium iron phosphate (LFP) batteries in energy storage is expected to soar 87% in 2020, as Beijing ramps up 5G network construction in a bid to offset the economic fallout from the COVID-19 pandemic and shore up its economy in the long term.

SHANGHAI, Apr 1 (SMM) – China’s demand for lithium iron phosphate (LFP) batteries in energy storage is expected to soar 87% in 2020, as Beijing ramps up 5G network construction in a bid to offset the economic fallout from the COVID-19 pandemic and shore up its economy in the long term. 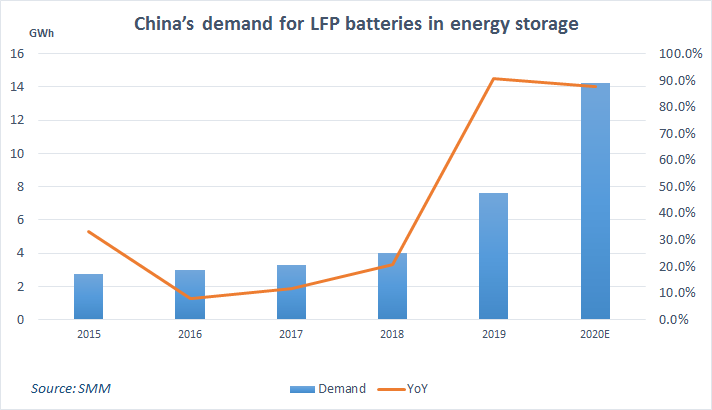 LFP batteries have been favored by 5G base stations for energy storage. On March 4, state-owned telecom service provider China Mobile, revealed its 2020 bidding announcement for the centralised procurement of LFP batteries. It plans to purchase a total of 512.2 million Ah of specification 3.2V LFP batteries for telecommunications with no more than 250.8 million yuan (tax included). Purchasing is required to complete within a year.

SMM estimates that China Mobile needs about 1.92 GWh of LFP batteries a year, equating to 4,300 mt of LFP cathode material or 1,000 mt of lithium-carbonate equivalent (LCE). This procurement is expected to add 1 GWh of demand for LFP batteries in 2020, as actual application is expected in the second half of the year, and to generate a 13% increase from 7.6GWh of China’s demand for LFP energy storage batteries in 2019.

China Tower announced on March 11 that it would purchase lithium iron phosphate batteries on a large scale with a procurement scale of about 2GWh. The telecom infrastructure firm has stopped purchasing lead-acid batteries since 2018 and switched to using LFP batteries retired from electric vehicles.

China's top industry regulator, the Ministry of Industry and Information Technology (MIIT), expects over 600,000 5G base stations to be built nationwide by the end of 2020. China Mobile, China Unicom and China Telecom plan to build a total of more than 550,000 5G base stations this year, and they have commissioned about 156,000 as of early February.

Aside from back-up power storage applications in telecom base stations, LFP batteries are also gaining popularity in grid energy storage. Batteries are used to store electrical energy, especially from intermittent power plants such as renewable electricity sources such as wind power, tidal power, solar power, during times when electricity is plentiful and inexpensive or when demand is low. The stored power will be fed into the grid when demand is high.

Litian Wanshi is expected to use LFP batteries to store energy in its 20GWh lithium-ion battery and system project in east China’s Zhejiang. This project kicked off construction in early March, and is expected to see Phase 1 built in March 2023. 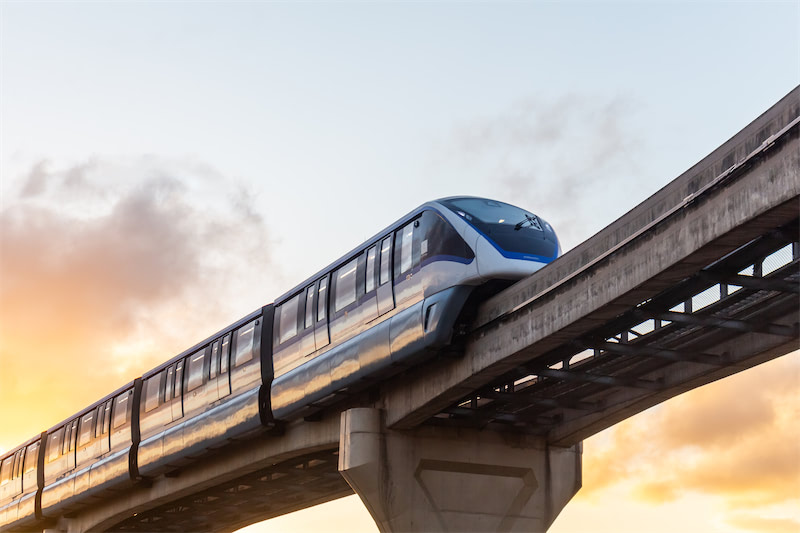 Lithium Battery Sector Saw Limit Up again, with EVE Energy Rising over 18%
Lithium battery stock market rose over 2.8% this morning. At the same time, the performance of lithium battery stocks is also particularly eye-popping. EVE Energy hit a record high of 134.05 yuan/share, up over 18% intraday.

Anhui Applied Its First 5G Network for Underground Coal Mine
On the afternoon of August 25, at the Guqiao Mine of Huaihe Energy Coal Company, the staff used the mobile 5G SA network to have the first high-definition voice call and the first video call in the underground coal mine with the ground personnel.

All
MOST POPULAR
1.SMM Morning Comments (Jan 30): Base Metals Closed Mostly with Losses on Rising US Dollar
2.SMM Morning Comments (Feb 2): Base Metals Closed Mostly with Losses Following US Rate Hike
3.SMM Morning Comments (Jan 31): Base Metals Closed with Losses on Worries over Chinese Demand Recovery
4.SMM Review of China's Metals Market during CNY Holiday and Forecast
5.The Global Nickel Industry Could Another Shock as the Second Largest Supplier of Nickel Ore Is Mulling over Export Tax
Shanghai Metals Market
Privacy PolicyCompliance CentreSMM Credit ServiceContact UsAbout UsTerms & ConditionsSitemap
Notice: By accessing this site you agree that you will not copy or reproduce any part of its contents (including, but not limited to, single prices, graphs or news content) in any form or for any purpose whatsoever without the prior written consent of the publisher.