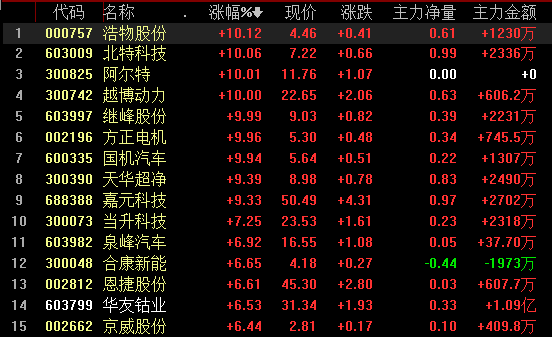 In order to promote automobile consumption, the executive meeting of the State Council on March 31 decided to extend the policy of subsidizing the purchase of new energy vehicles and exempting them from purchase tax for two years.

In addition, the central government adopted awards instead of subsidies to support the elimination of diesel trucks with emission standards of country III and below in key areas such as Beijing and Tianjin, and levied VAT on used cars sold by used car dealers by 0.5% of sales from May 1 to the end of 2023.

Cui Dongshu, secretary-general of the Federation, predicts that the extension of the subsidy policy will drive the production of new energy vehicles to 1.6 million units in 2020. "the main thing is to make a good contribution to the sustained growth of China's new energy market in the future."

The current new energy subsidy policy will be formally implemented on June 26, 2019, and plans to withdraw the policy completely by 2020. After the sharp decline in subsidies in 2019, the production and sales of new energy vehicles in China have also gradually declined.

On the evening of March 31, BYD released its 2019 annual results report, with a total operating income of 127.739 billion yuan and a net profit of 1.612 billion yuan for shareholders of listed companies in 2019. According to data provided by BYD, in 2019, the new energy vehicle market ushered in the biggest drop in subsidies in history, with subsidies retreating and some regions switching six standards ahead of schedule, dragging down production and sales for the first time in the industry from a year earlier. BYD new energy vehicle sales also fell year on year.

BYD, as the leader of domestic new energy vehicles, the decline in performance also reflects the state of the industry manufacturers. In addition, the production in the industry is limited at the beginning of the year, and the market consumption is greatly reduced. This year, the sales volume of the new energy vehicle market still needs time to digest, and it is more difficult for enterprises to operate. At this time, the central government issued a policy in line with the market development.

SMM believes that since the second half of 2019, the production and sales of domestic new energy vehicles have been greatly affected by subsidies, superimposed on the spread of the new crown epidemic to restrain demand, the development of the industrial chain is more difficult. At the beginning of the year, the industry already has the expectation that the subsidy will not retreat further, and the extension of the subsidy policy for two years is better than expected, which will play a certain supporting role in the development of the domestic new energy automobile industry in the second half of 2020. On the one hand, the subsidy policy will have a certain technical threshold, which will positively guide the demand for ternary batteries and the development trend of high nickel; on the other hand, the continuation of the subsidy policy will continue to be good for the development of domestic batteries and delay the competitive pressure brought about by foreign battery enterprises entering the Chinese market.