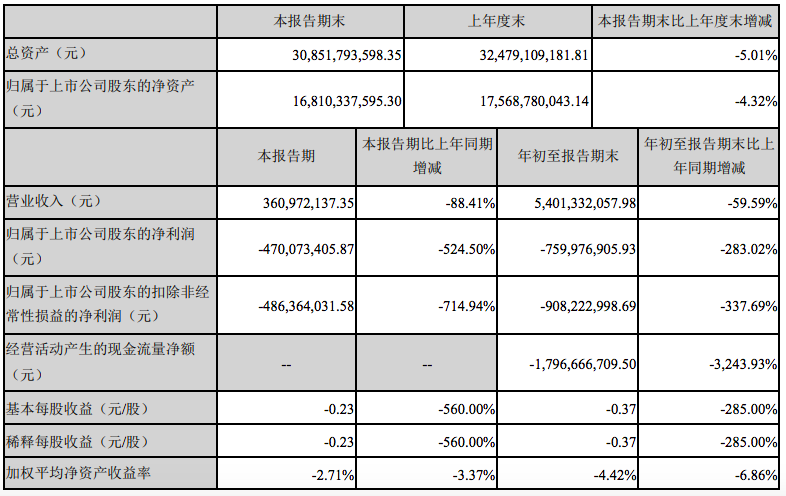 As a matter of fact, in the first half of this year, Zhongtai lost a total of $290 million, while in the third quarter, in just three months, it exceeded more than 60% of the loss in the first six months, showing a significant expansion trend. In addition, as Zhongtai failed to announce its half-year results in time before July 15, but lagged behind until August 20, Zhongtai Motors received a regulatory letter from the Shenzhen Stock Exchange a few days ago.

Since the Chinese car market entered the downward track, Zhongtai Automobile's living environment has become more and more precipitous. On October 9, a screenshot of a suspected internal email from Ping an Bank showed that four car companies, including Zhongtai Motor, would enter bankruptcy proceedings by the end of the year. Zhong Tai immediately issued a statement saying that the so-called bankruptcy rumors were false information, that everything was normal in the production and operation of the company, that there was no insolvency, and that it had reported the case to the public security department.

At the same time, Zhongtai Motor has been caught up in nearly 40 lawsuits. Bic Power Battery announced on Oct. 14 that it had filed another lawsuit against Bic Power Battery on Sept. 2 because Zhongtai owed it 621 million yuan and asked to freeze more than 40 million assets.

Founded in 2003, 2017 backdoor listing of Zhongtai Automobile, has leapt into the top 10 Chinese car brand sales enterprises, become a hot new force of their own brands. Now it is sad to be in deep trouble.

Shanghai colored net (SMM) annual meeting is the annual event of the metal industry, with an annual participation scale of thousands of people, domestic and foreign metal industry people gathered together to review and summarize the experience and harvest of the year, and lay the groundwork for the production, operation and operation of the coming year.

This year's "2019 China Nonferrous Metals Industry Annual meeting and 2020 (SMM) Metal Price Forecast Conference" was jointly created by SMM and China Renewable Resources Industry Technology Innovation Strategic Alliance and Shanghai Nonferrous Metals Industry Association. At the same time, the first "China Renewable Metals Industry chain Development Summit Forum" was held, and SMM metal price forecasting conference and waste battery recycling exchange were set up for you to enjoy. From the development of non-ferrous metal market to the recycling of renewable resources, from the detailed explanation of policies and systems to the research and development of industrial chain technology.

This is not only a meeting, but also an industry exchange of information, collision thinking sparks of brainstorming!