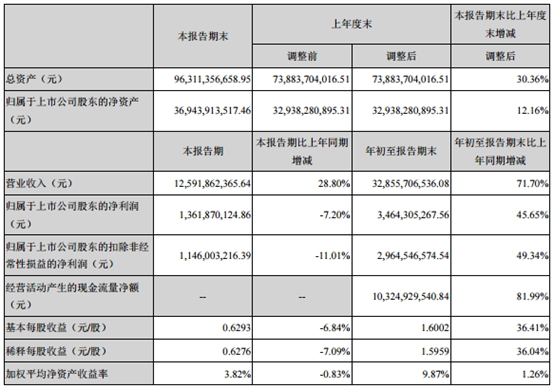 Recently, Ningde Times New Energy Technology Co., Ltd. (hereinafter referred to as "Ningde Times") and Toyota Motor Company ("Toyota") have established a comprehensive partnership in the stable supply and development and evolution of (NEV) power batteries for new energy vehicles. In addition, the two sides began to conduct extensive discussions in many fields, such as the development of new technologies for batteries, as well as battery recycling.

On September 3, Ningde Times announced that the company intends to jointly contribute RMB 3.6 billion yuan with its holding subsidiary, Guangdong Bangpu Circular Technology Co., Ltd., to set up Ningbo Bonpu Times New Energy Co., Ltd., engaged in the investment and management of cathode materials and related resources. The announcement shows that the scope of business of the joint venture company is to invest in new energy and new materials industry; to sell battery materials, nickel, cobalt and other related materials; to develop, consult and transfer technology; and to operate and act as an agent for the import and export of all kinds of commodities and technologies. Of this total, Ningde era contributed 1.764 billion yuan, holding 49 percent of the shares, and Guangdong Bangpu contributed 1.836 billion yuan, holding 51 percent of the shares.

On September 4, Ningde Times issued a notice saying that in order to ensure the supply of upstream lithium resources, it plans to invest 260 million yuan in Pilbara.

On September 25, Ningde Times New Energy Technology Co., Ltd. (hereinafter referred to as "Ningde Times") and Yibin Municipal Government signed a project investment agreement, the two sides will establish a comprehensive strategic partnership to build a new energy industry base in the west. According to the framework of the agreement, Ningde era plans to invest in the construction of power battery projects in Yibin, and gradually promote the construction of a complete new energy battery and upstream and downstream core industrial chain system, jointly build a new energy industry base in western China based on Sichuan, facing the southwest, radiating the whole country, and moving towards "Belt and Road Initiative".

Since its listing more than a year ago, Ningde era has announced more than 10 foreign investment projects, with an investment amount of more than 50 billion yuan. It is worth mentioning that in many projects, "expand production capacity" has become the key word of the company's investment. The expansion of production capacity in the Ningde era may be caused by two reasons, one is the demand brought about by the electric vehicle market, and the other is to plan ahead of time. It may not take that much capacity now, but after a few years of surging demand, expansion seems to be left behind.