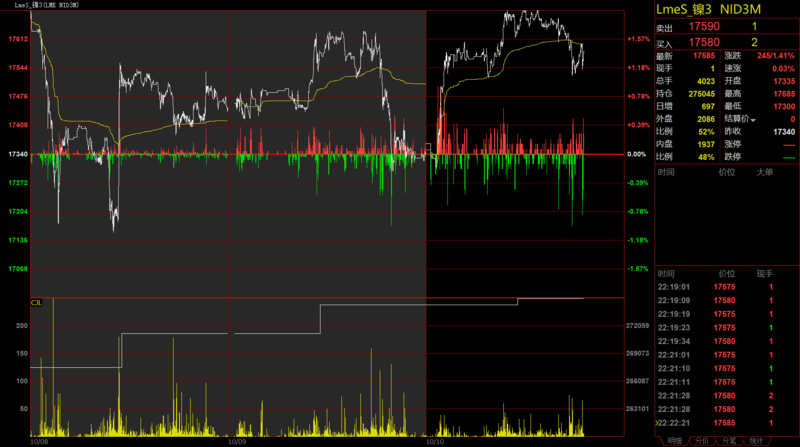 In the spot market, Russian nickel reported flat water to 100 yuan / ton compared with Shanghai nickel 1911 today, while Jinchuan nickel generally reported 200-300 yuan / ton higher than Shanghai nickel 1911 contract, and the discount water was the same as yesterday. After the nickel price was revised back to around 135000 last night, the nickel price rebounded all the way to the opening of the day, and the spot market continued to wait and see, with no obvious concentrated transactions. Russia nickel basic report level above, discount water supply is less, near delivery, if spot delivery is not ideal, traders consider flat water delivery. The market Jinchuan supply is still abundant, downstream demand is still not ideal. Jinchuan company ex-factory price of 137200 yuan / ton, the same as yesterday, the mainstream transaction in 136900-137300 yuan / ton.

There are a variety of views on the sharp decline in Lunni inventories. According to SMM, the following points are relatively accepted:

1. Recently, LME has been coming out of the warehouse one after another, more likely to be the goods bought when the disk price was relatively low three months ago, and the bulls would rather choose to deliver rather than close their positions. The most direct effect is to avoid the sharp decline caused by the profit-taking of the long positions.

2. The actual consumption of pure nickel is certainly not exuberant in China, and the current high import loss is also related to this to a certain extent. Due to the good economy of nickel pig iron, the amount of pure nickel used by stainless steel this year has been much lower than before. Other nickel downstream has not improved significantly; It is understood that there has been no fundamental increase in consumption abroad, but because Lunni inventories are low, bulls are highly concentrated, and regulation is looser than at home, prices can be kept at a higher level than at home.

3. Judging from some previous operations, the main force will still have a relatively obvious tendency to protect prices in the future. Although it is feasible to return and drop the price within a short period of time after delivery, the probability of occurrence is not high. Moreover, the nickel beans of Lunni may not be able to be returned for a long time, but it is not convincing to use such a large scale for actual consumption. It can only be said that it is expected to continue to be held as a recessive inventory for a longer period of time. After the price goes up again, look for another plan.