Digital currency plate led the rise of the two cities, as of the close, Huijin shares, Radio and Television Express board rose by the limit, Hailian Jinhui, Omar Electrical Appliances, Golden Crown shares, Lanco Technology and other stocks led the rise. Since this year, the price of Bitcoin has experienced a roller coaster several times. From January to March, the price of bitcoin remained stable below $4000. By April, Bitcoin had risen all the way up, and as of 8: 15 a.m. on June 24, the price of Bitcoin had broken through $13000, the highest in recent years. Since then, prices have fluctuated all the way and have fallen in the near future. In June, American social giant Facebook released its Libra white paper, which aims to build a simple, borderless currency and a financial infrastructure for billions of people, sparking another round of global attention to the digital currency. On September 24th Yi Gang, governor of the central bank, made it clear that there was no timetable for the launch of the digital currency. 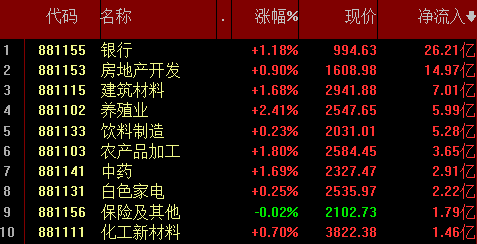 The opening of the film and television sector weakened, Shanghai film fell by the limit, Beijing culture, Chinese film, Ventures holding, light media and so on all fell sharply.

The concept of liquor is strong, the fate of the world is up nearly 5%, Luzhou old cellar, alcoholic wine, mouth cellar and so on.

The digital currency plate continued to strengthen, Radio and Television Express rose by the limit, Golden Crown shares, Huijin shares, and so on.

The banking sector strengthened, Changshu Bank rose 6%, Ping an Bank rose 3% to an all-time high, Ningbo Bank and Everbright Bank pulled up one after another.

Semiconductor and component plate accelerated decline, Zhuo Shengwei approached the limit, Shengbang shares, Shennan Circuit, Huiding Technology, Zhaoyi Innovation and so on fell one after another.

At the invitation of the US side, Liu he, member of the political Bureau of the CPC Central Committee, vice premier of the State Council, and Chinese leader of the China-US Comprehensive Economic Dialogue, will lead a delegation to visit Washington. From October 10 to 11, he will hold a new round of Sino-US high-level economic and trade consultations with US Trade Representative Lightheitzer and Treasury Secretary Mnuchin. The main members of the Chinese delegation include Zhong Shan, Minister of Commerce, Yi Gang, Governor of the people's Bank of China, Ning Jizhe, Deputy Director of the National Development and Reform Commission, Liao Min, Deputy Director of the Finance Office of the CPC Central Committee and Vice Minister of Finance, Zheng Zeguang, Vice Foreign Minister, Wang Zhijun, Vice Minister of Industry and Information Technology, Han Jun, Deputy Director of the Agriculture Office of the CPC Central Committee and Vice Minister of Agriculture and villages, and Wang Shouwen, Vice Minister of Commerce and Deputy Representative of International Trade negotiations. (CCTV News)

Shangjin said that in order to better serve the real economy and improve the foundation of the silver market, on the basis of stable trial operation, the Shanghai Gold Exchange is scheduled to formally list the Shanghai Silver Collection pricing contract on October 14 to provide silver benchmark prices for the domestic market. (first Finance and Economics)

Nobel Prize Physiology or Medicine Award out of a dark horse these listed companies will benefit! Is there a Chinese figure? ]

On October 7, Beijing time, the Nobel Prize in Physiology or Medicine was first announced by, William G. Kaelin, Jr., Sir Peter J. Ractcliffe, Gregg.. L.Semenza won the prize. In recognition of their discovery of how cells perceive and adapt to the supply of oxygen. The winners of the award far exceeded market expectations and were less likely to appear in previous versions of the forecast. (brokerage China)

According to the data of the State Film Finance Office (updated at 1:30 on October 8), the domestic box office was 388 million yuan on October 7, compared with 547 million, 579 million, 608 million, 682 million, 768 million, 796 million and 665 million in the first seven days. According to the calculations of economic reporters in the 21st century, the box office of the film National Day has broken 5.033 billion, the highest in history. Last year, the National Day box office totaled 2.175 billion yuan. (21st Century Economic report)

[Haikang Wei TV: strong opposition to the US Department of Commerce's decision to include companies on the list of entities has no factual basis]

In response to the fact that the company has been included in the blacklist of US trade controls, on October 8, the Secretary of Haikang Wei said that Haikang Wei strongly opposes the inclusion of the company by the US Department of Commerce on the entity list. This decision is unfounded and calls on the US Government to re-examine the company in accordance with the principles of fairness, impartiality and non-discrimination, and remove Haikang Wei from the entity list. Haikangwei will adopt all reasonable and appropriate economic options to safeguard the rights and interests of the company and its partners. At the same time, we will implement all aspects of the response plan, the company has the ability to continuously and steadily provide customers with quality products and services.

[Shanghai first home interest rate is not less than LPR minus 20 points minimum 4.65%]

Societe Generale strategy said that the disclosure period of the three quarterly reports is approaching, the mandatory disclosure of the gem will be completed before October 15, and all three quarterly reports will be disclosed before October 31. In this process, it is necessary to pay attention to 1) some iconic stocks whose performance does not meet expectations may bring collective phased injuries to a subdivision field, which is to identify false things, retain the real things, and rob the real ones. The core asset bargaining chip is a good time. 2) whether the emerging growth can continue to report strong, true. Whether the performance of core assets can promote valuation switching, superimposed near the end of the year fund performance review period, related to October and the fourth quarter, the main style direction of the market.

Guoxin Securities Yan Xiang, Zhandi also expressed a relatively cautious attitude in looking forward to the market situation in the fourth quarter, and suggested that they should configure "counter-cyclical, heavy defense": the financial and construction sectors with strong defense properties at low valuations are expected to have excess returns in the fourth quarter; science and technology plates with weak correlation with the economic cycle are expected to remain prominent structural opportunities.

It is worth noting that Guoxin Securities in the research and newspaper through the data comb analysis, historical experience shows that the A-share market in the central bank started to cut interest rates in one month, three months after the rise and fall probability is mixed, and in the first rate cut within six months of the higher probability.

Actively send on behalf of Pacific Securities for three major reasons to be optimistic about the fourth quarter of the market. The first reason is that the risk appetite for global asset allocation has increased after the phased easing of trade negotiations and the recovery of economic surprise index; the second reason is that the marginal improvement of corporate profit expectations after the recovery of inflation expectations; the third reason is target reduction, potential interest rate reduction and continuous positive market policy.

At the same time, Pacific Securities pointed out that loose opening and opening to the outside world will bring "incremental cattle", the stock market will continue to dominate the bond market, firmly long. Previously thought that the market style is biased towards the previous over-falling financial weight repair stage index, it is still bullish that financial stocks will benefit from a rebound in inflation expectations and a counter-cyclical adjustment; at the same time, due to the strength of the fourth-quarter rebound in commodities or super-market expectations, it is recommended to focus on non-ferrous metals, industrial metals and chemical stocks that benefit from a rebound in oil prices in cyclical stocks.

Huachuang Securities also believes that under the conditions of the establishment of the US interest rate cut cycle, it is expected to further promote the easing of global central banks, China's domestic policy is refueling twice, and under the condition of deepening reform, A shares are expected to usher in a triple improvement in profitability, capital side and risk preference. Enter the fourth quarter, intermediate rebound market is expected.