SMM News: during the National Day period, Lun copper as a whole for the downward trend, a decline of nearly 0.7%. After the Shanghai copper market closed on September 30, the outer market fell all the way, as the dollar still had a comparative advantage and was affected by the hawkish interest rate cut by the Federal Reserve. At the same time, the European side Germany's CPI data in September were not as expected. ECB President Draghi said he was likely to maintain easing measures in the longer term. Germany's leading economic institutions cut economic growth, and the risk of Brexit entering the offensive period increased, and the euro fell to 1.0878 against the dollar. The dollar was supported by a number of positive factors, falling to a recent low of $5588 a tonne on the evening of October 1, while the dollar soared to a high of 99.674, a two-year high. Subsequently, it was announced that the US ISM manufacturing PMI in September was lower than expected, and the US index immediately fell more than 20 points, and the US small non-farm ADP data fell far short of expectations. The US index slipped through the 99 level, and Lun Copper was boosted and rebounded to explore the 5700 level again. On the whole, the overall international macroeconomic situation during the National Day holiday is still weakening.

SMM expects that after the end of the National Day holiday, there will be more bad news from the macro, which will continue to depress copper prices. Fundamental "gold nine silver 10" to promote limited, before the festival downstream spot transaction activity is not optimistic, high water pattern short-lived after a rapid decline, from the highest average price of 260 yuan to about 50 yuan, the market willingness to accept goods weaker, and recently in the low inventory state of the market Shanghai copper contract structure from Back to Contango also confirmed this point. As a result, post-festival market sentiment is expected to be empty, waiting for the guidance of the outcome of a new round of negotiations between China and the United States after the festival. 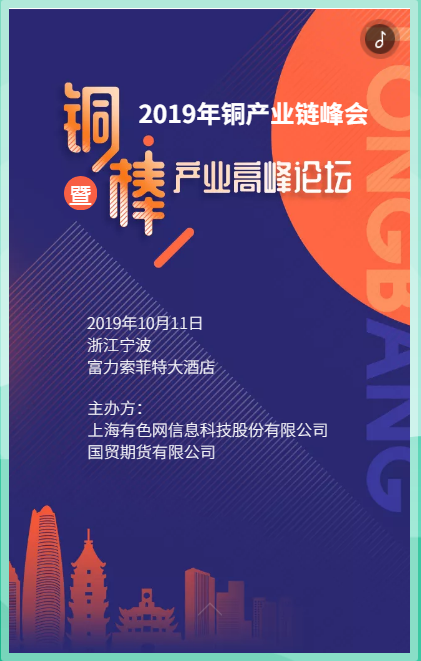