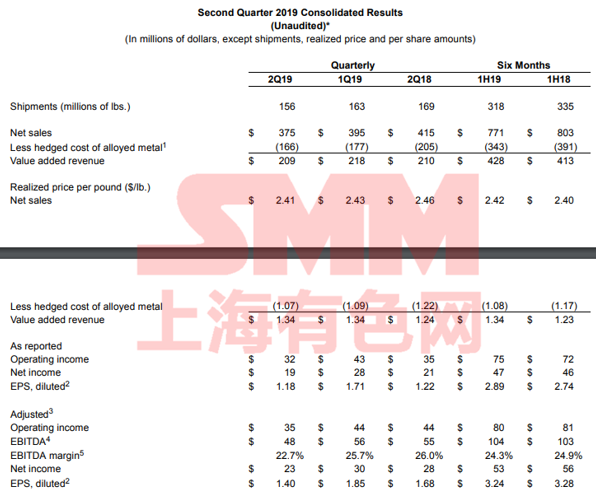 But Jack A. Hockema, chairman and chief executive of Kaiser Aluminum, said expectations for the full year of 2019 remained unchanged, and despite the normal weakness in consumption in the second half of 2019, the company was very optimistic about the development of the automotive industry in 2020-2021. The company expects EBITDA profit margins to exceed 25 per cent this year, but shipments and value-added revenues will fall to single-digit growth from a year earlier. "Company financial statements