Among them, sales of aluminum value-added products were 414000 tons, up 59.9 percent from the previous month, mainly because the company aims to increase the share of value-added production in total sales through the development of downstream business, which will be one of the strategic centers of the company.

The share of sales of value-added products has risen from 29 per cent in the first quarter of 2019 to 38 per cent in the second quarter, with a target of 50 per cent by 2020. "Company Q2 earnings report 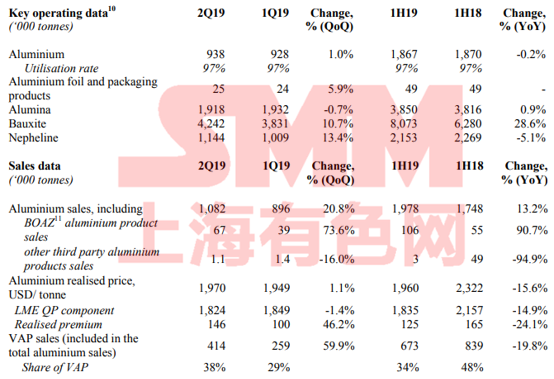