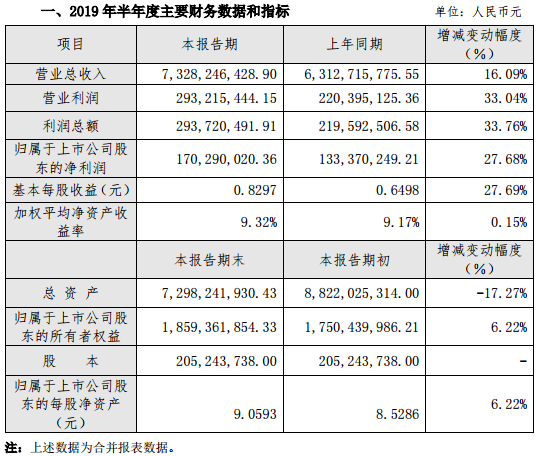 On June 18, Huizhou Battery, a subsidiary of Desai Battery, plans to sign an "Investment and Construction Agreement" with the Management Committee of Huizhou Zhongkai High-tech Industrial Development Zone to invest in the construction of a high-end intelligent project for the construction of Desai battery Internet of things power supply. after the completion of the project, the production and operation of lithium-ion packaging batteries and other products.

Desai Battery showed that the main reasons for the growth of operating results in the first half of the year were as follows: 1) the company's main business developed well during the reporting period, and the increase in customer demand led to sales growth; 2) Huizhou Xinyuan, a secondary holding subsidiary, focused on its business and reduced its losses; 3) the financial expenses decreased due to exchange reasons.