This week, the arrival of goods in the mainstream markets continued to increase, and social inventories continued to accumulate (social stocks have accumulated for seven weeks in a row, reaching 2.3835 million tons last week), causing greater pressure on spot prices in the market. In the later period, in addition to Tangshan environmental protection to limit production and reduce production, ease the pressure of market arrival, steel mills in other areas can help through maintenance, SMM carried out a comprehensive follow-up investigation.

According to the investigation and feedback of hot rolling steel mills, except for Tangshan steel mills, the current maintenance situation of steel mills in other areas is less, and the data statistics show that the total amount of hot rolling affected by steel mill maintenance in July is about 102700 tons, of which 53% has been reflected in the early July, and only 48200 tons in the late July. The overall impact is small.

The specific maintenance situation of the steel plant is as follows: 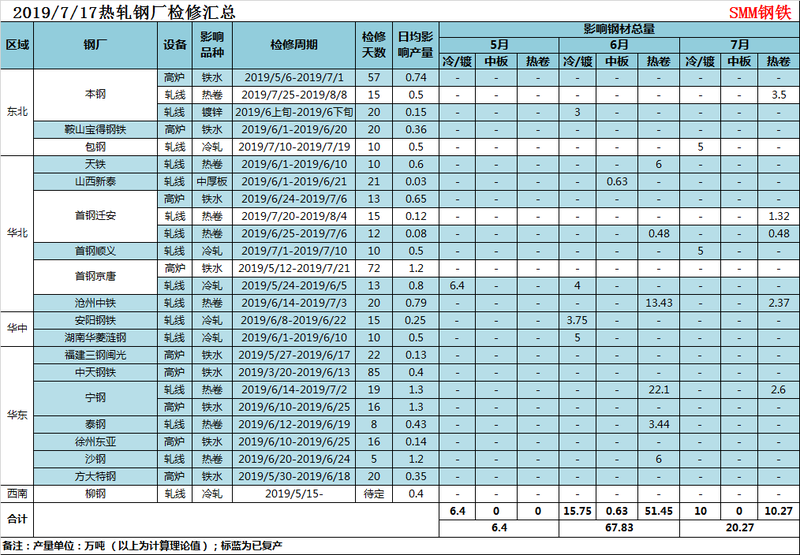