SMM7 month 10 news: stimulated by the news side, market sentiment rose sharply, Science and Technology Innovation Board main bid, Huawei concept and other topic stocks strengthened, brokerage stocks again active to drive the index continued to rise. Intellectual property rights, chemical fertilizers, domestic chips, domestic software sectors also rose among the top. Gold, electronic cigarettes, rare earth permanent magnets and other plates led the decline in the two cities. The stock index continued to fall in the afternoon, with the index down 0.8% at one point and recovering slightly in late trading, narrowing the decline. On the disk, the market sentiment was thwarted, the capital wait-and-see mood was strong, the transaction volume shrank. On the subject matter, Huawei Hayes concept led up, medical, liquor and other strong, agricultural stocks plummeted. 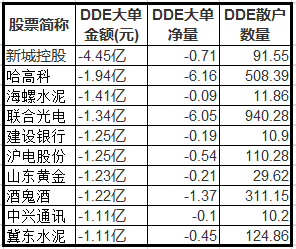 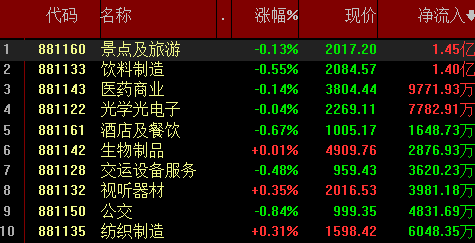 Science and Technology Innovation Board continued to be active in the concept of benchmarking, three super new materials, Zhiyun shares one word board, combined optoelectronics rose 8%, Dailer new materials, brilliant science and technology have opened up one after another.

The plate of large aircraft changed, the limit of aviation science and technology rose and the flight control, Hongdu aviation and space communications strengthened one after another.

On the evening of 9 July, Liu he, member of the political Bureau of the CPC Central Committee, vice premier of the State Council, and Chinese leader of the China-US Comprehensive Economic Dialogue, called US Trade Representative Lettershize and Finance Minister Mnuchin to exchange views on the implementation of the consensus of the Osaka meeting between the two heads of state. Zhong Shan, Minister of Commerce, took part in the call. (CCTV News)

On July 10, the central bank's reverse repo operation continued to shut down, and the central bank's reverse repo has been suspended for 13 working days since June 24. However, it is worth noting that the wording of today's public market business trading announcement has changed, or indicates that the day of the resumption of open market operations is not far off. The total amount of liquidity in the banking system is at a reasonable and adequate level and reverse repurchase operations will not be carried out on July 10, 2019, according to today's public market business transaction announcement. For the previous seven working days, the central bank has said the total amount of liquidity is at a high level.

The CSRC and other eight ministries and commissions jointly stepped in to "make false accounts and tell lies" to Science and Technology Innovation Board, a rare joint punishment! ]

Looking to the future, Everbright Securities pointed out that the upward logic of the market has not been destroyed, but there is a certain marginal resistance, the rising pace of the future market may slow down, the performance of the third quarter is still expected. In terms of industry configuration, there may be game opportunities in the cycle, and the overall low allocation is still recommended.

Galaxy Securities said that although the fundamentals are not clearly positive before the market is difficult to break through upward, but because A shares still have a certain margin of safety, downward pullback pressure is not great, there is a good chance that the bottom of the second quarter low. The market is expected to remain volatile in the short term.

Soochow Securities pointed out that in terms of the trend in July, the G-20 meeting on 29 June made positive progress, China and the United States resumed economic and trade consultations, and the US side said that it would no longer impose new tariffs on Chinese exports, and that the economic and trade teams of the two countries would discuss specific issues. As one of the key factors affecting the market risk preference in the second quarter, the mitigation of Sino-US economic and trade frictions will help to strengthen the rising trend of the market. At the same time, the seasonal factors of the market's habitual decline in June receded. On the whole, in July, the time window for the market to rise gradually opened.

Guojin Securities said that A-share investors will still adhere to two "premium" principles in industry allocation and individual stock selection: a "performance certainty premium" to the plate and a "liquidity premium" to individual stocks with a market capitalization. This style is difficult to see a substantial change in the short term. As a result, the industry is still dominated by the financial and consumer sectors, and the weak cycle and policy dividends of new energy (photovoltaic), military industry, environmental protection sector is also recommended rating.

In terms of industry allocation, Pacific Securities Strategy Research said that even if short-term small-cap stocks dominate, it is still recommended to buy "core assets" whenever there is a pullback. At the industry level, it is still recommended to configure food and beverage, communication equipment, core semiconductors, agricultural products, insurance in finance, securities firms and optional consumption, and reasonable positions to allocate precious metal sectors. elasticity can revolve around super-declining growth such as communications semiconductors and military industry.