Since June 26, the new energy vehicle industry has formally implemented a new subsidy policy. On the other hand, most of the terminal demand was released early at the end of last year and the beginning of this year, and the market demand has weakened significantly since May and June. The decline in terminal demand has been transmitted to the upstream raw material market, and the nickel sulfate market is also unusually desolate. 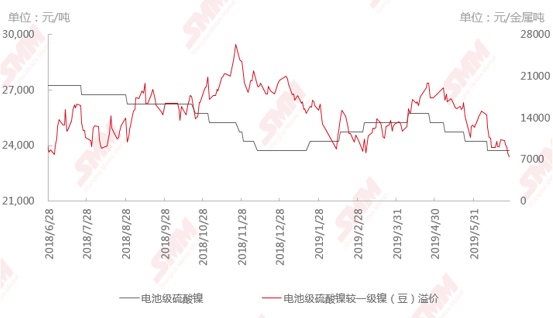 China to see nickel ore deficit in 2019 if Indonesia advances export ban
Indonesia is expected to export another 12.01 million wmt of nickel ore by the expiration of the remaining quotas