CST
translation
Source:SMM
By the end of the day, the Prev index was up 0.69% at 2996.79 points, the Shenzhen Composite Index was up 1.28% at 9239.48 points, and the Creative Index was up 1.38% at 1525.24 points. A total of 475.8 billion yuan in the two cities, most of the industry sector closed higher, wine plate and 5G concept stocks led by the two cities. The transaction was slightly larger than the day before, with a net inflow of capital from the north of more than $4 billion.

SMM6 27-month news: Prev opened slightly higher in the morning, liquor plate rose in the lead, led by early trading, block chain, securities, fuel cells and other topic stocks have strengthened one after another. The performance of the brokerage sector was strong, and Great Wall Securities rose by the limit for a time. In addition, superfungi, domestic chips, hydrogen energy and other plates are also in the forefront of the increase. In early trading, led by the Shanghai Stock Exchange 50, the index opened higher, the Prev index rose more than 1 per cent, and again stood at the 3000 level, with the securities and liquor sectors leading the way. In the afternoon, the gem index high consolidation, Prev fell slightly, the short position is obvious, the subject matter, Huawei Hess concept, 5G, gold plate once strengthened in the afternoon, but the persistence is not good, other plates are slightly down, the market hot topic rotation is faster.

During MWC19 Shanghai on June 27, Zhang Jianming, deputy director of the Shanghai Economic and Information Commission, said at the 5G Application Innovation Forum that in order to promote 5G innovation applications, the Shanghai government has set up a large number of special funds this year to support 5G applications, which are being declared in the past few days. Today, the 5G plate showed a strong performance throughout the day, by the end of the day, Huaxing Entrepreneurship, Shanghai Power Company shares, Zhongguang Lightning Protection, Dream Network Group, Rihai Intelligence and other stocks sealed, Guanghetong, HTC Electronics, Sega Technology and other stocks rose. 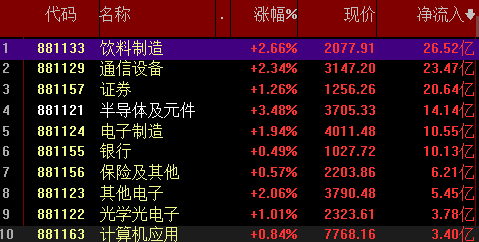 5G chip concept stocks in the high, Huizhong shares board, Taijing technology pull up the seal board, Mingpu optical magnetic, Feirongda, Wu Tong holding and other stocks have followed suit

Guizhou Maotai shares broke through the 1000 yuan mark and hit an all-time high, rising nearly 70 percent so far this year, with a market value of 1.25 trillion.

Fuel cell plate rose, Kailong shares straight up the seal board, Houpu shares, Hongyang energy, satellite petrochemical, cryogenic shares have rushed up one after another.

The garbage sorting plate strengthened again in the afternoon, Longzhou shares pulled up the seal board in a straight line, and Abben Chemical, Green Power and Triple Hongpu pulled up one after another.

5G plate continued to rise in the afternoon, the plate rose and stopped the tide, Zhongguang lightning protection, Ming Pu Guang magnetism, Gauss Bell rose to the limit one after another, Huaxing start-up, Shuobide and other stocks rose one after another.

The agricultural farming plate rallied during the day, Minhe shares rose more than 6%, Shengnong Development, Yisheng shares, Xiantan shares rose one after another.

[interest rate cut is an important option? The State Council has issued a number of additional financing policies to support small and micro enterprises to further reduce the real interest rate of financing]

According to the Chinese Government website, Premier Li Keqiang presided over an executive meeting of the State Council on June 26 to determine measures to further reduce the real interest rate of financing for small and micro enterprises, and decided to carry out pilot projects to deepen the comprehensive reform of financial services for private and small and micro enterprises; deploy and support the expansion of intellectual property pledge financing and manufacturing credit to promote innovation and real economic development; It was decided to expand the coverage of scholarships and grants in higher vocational colleges, raise the standard of subsidies and establish national scholarships for secondary vocational education. (brokerage China)

I don't want to give up the huge Chinese market! Micron, Intel and other US companies resume supply to Huawei]

"US enterprises have stepped over government sanctions to resume supply to Huawei in China," the New York Times reported on the 25th, which was confirmed by all parties. Meguang Technology, the largest computer memory chip maker in the United States, confirmed on the 25th that it had resumed supply to Huawei two weeks ago. BBC (B BC) said on the 26th that in addition to Meaguang, Intel and other U. S. semiconductor industry leaders have resumed supply to Huawei. "these deals fully demonstrate how difficult it is to crack down on Huawei," lamented the New York Times. Changing the network of trade relationships that connect the world's electronics industry to global business could have unintended consequences. " (global Times)

[Fujian: opinions on promoting the Development of Block chains and coming out of Taiwan as soon as possible]

[Huawei he Gang: this year's 5G mobile phone sales mainly depend on the adequate supply of Huawei, the operator.]

Huawei Mate20X recently won China's first license for 5G terminal telecom equipment to enter the network. During today's MWCS19, the reporter asked he Gang, president of Huawei's mobile phone line, what are the expectations for Huawei's 5G mobile phone sales this year? He Gang responded to reporters that 5G Huawei is ready, sales mainly depends on operators, operators how much we can provide. The reporter further asked, will operators still give 5G mobile phones a lot of subsidies in the future? He Gang responded that [5G phones] had nothing to do with subsidies and that consumer attitudes were more important than subsidies.

[Science and Technology Innovation Board's first Huaxingyuan Application Guide needs a market value of 75000 yuan for today's application guide] Huaxingyuan creates a total of 40.1 million shares, 7.619 million shares issued online, with a price-to-earnings ratio of 39.99 times, the application code is 787001, the issue price: 24.26 yuan, the upper limit of 7500 shares for a single account, the number of shares to be purchased is an integer multiple of 500 shares, and the online top purchase requires a market capitalization of 75000 yuan.

Open source securities pointed out that in the current capital is still relatively conservative, the performance of the subject matter is not very satisfactory. Controlling the position is still the best choice. At the same time looking for half a year to report excellent varieties, can be on the low side of the opportunity to intervene. Pay attention to agriculture, 5G, rare earth, military industry and other sectors.

Wanlian Securities said that the search for certainty is the primary goal of capital. The growth of science and technology takes into account the dual objectives of economic support and economic transformation, and the main line of policy is clear and definite. In many uncertain markets, money is likely to focus on the growth of high-quality technology. Self-controlled. Can pay attention to 5G industry chain (especially application end), domestic chip, domestic software, CNC machine tools, large aircraft, new materials, big data, artificial intelligence, new energy automobile industry chain. In addition, the Shanghai Stock Exchange 50 as the representative of the high dividend rate plate and the gold plate is also worthy of attention.

Technically, Northeast Securities pointed out that the market needs to test the 10-day line and 2900-2940 line of support. Recently, the outflow of funds from the north has formed certain constraints on the market mentality, and most of the funds in the market are mainly waiting. In the direction, while tracking precious metals and securities firms, continue to observe the pharmaceutical and other consumer stocks and self-controllable and other main lines of science and technology growth stocks, observe whether consumer and technology stocks can undertake the hot spots of the later market, generally can be combined with the expectations of the newspaper, choose a good performance to do some gradual bargain layout.

On the allocation strategy for the second half of the year, League of Nations Securities said that it was still optimistic about investment opportunities in the second half of the year against the background of low valuation, tax cuts and fees, global easing, foreign capital inflows, and continued capital reform. It is suggested that attention should be paid to the following three types of opportunities: first, to maintain high prosperity or marginal improvement of sub-industries, including cement, pharmaceutical biology, livestock and poultry breeding, liquor, beer, gold, etc. Second, enjoy the opportunity of leading companies under the promotion of concentration or brand premium, such as real estate, infrastructure, decoration and other industries leading companies; Finally, strategic industry opportunities under the increasing importance of technology, such as semiconductors, military industry, information security, 5G, high-end manufacturing, rare metals, oil clothing, seed industry, etc., as well as non-silver finance opportunities to facilitate the transformation.