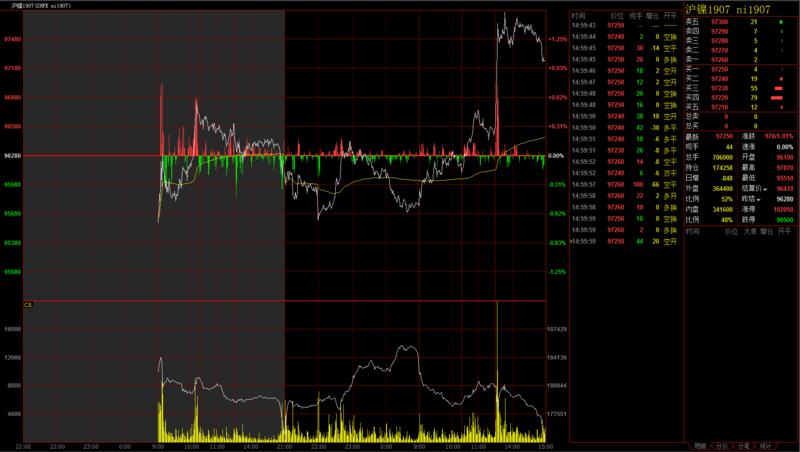 In terms of fundamentals, the relatively stable production of 3-series stainless steel and the relatively slow increase of spot resources in the market are the two points of support for the current volatile consolidation of nickel prices, but these two points of support cannot fully offset the weakness of stainless steel transactions and the expected increase in the supply of nickel pig iron. Whether nickel prices have really bottomed out is still in doubt. Most operators believe that nickel prices may have entered a "plateau period" in the short term, but there are still downward concerns about the future market.

SMM released earlier "[SMM report] what is the impact of nickel mine shipment and nickel pig iron works in Indonesia? According to local media reports, floods on the Indonesian island of Sulawesi have forced thousands of people to flee their homes and move to higher ground. 4198 people in the Konawe area northeast of Sulawesi have been evacuated to safer areas, Sutopo Purwo Nugroho, a spokesman for the National disaster reduction Agency (BNPB), said on June 10. The Asera district was the most affected, with 13 villages inundated. Sutopo said 72 houses had been washed away and hundreds of hectares of rice fields, cornfields and fish ponds had been destroyed. Local disaster reduction agencies have documented damage to public facilities such as bridges, roads, prayer rooms and sanitation facilities. BNPB also said that 1452 families had been affected by the floods, 200 houses in South Sulawesi had been flooded and 3676 hectares of rice fields had been destroyed. In central Sulawesi, 561 families in the villages of Lele and Dampala were evacuated after floods destroyed a bridge and flooded 45 houses.

The torrential rain had a significant impact on market sentiment, as reflected in the surge at the start of the afternoon. In fact, nickel mines and nickel pig iron enterprises in the affected areas are bound to be affected to a certain extent, but the impact may not be directly reflected in the output, but may also be reflected in logistics, transportation, living materials and so on. However, given that the domestic smelters and steel mills of these two products also have sufficient stocks, the relatively small number of days affected is not expected to have a significant impact on the spot market, as to whether the impact will last in the long run, or whether torrential rains will accidentally damage important infrastructure needs further attention. Stainless steel plant, according to SMM research, the rainstorm will not affect the local stainless steel plant production plan.