SMM6, March 11: floods on the Indonesian island of Sulawesi have forced thousands of people to flee their homes and move to higher places, according to local media reports. 4198 people in the Konawe area northeast of Sulawesi have been evacuated to safer areas, Sutopo Purwo Nugroho, a spokesman for the National disaster reduction Agency (BNPB), said on June 10.

The Asera district was the most affected, with 13 villages inundated. Sutopo said 72 houses had been washed away and hundreds of hectares of rice fields, cornfields and fish ponds had been destroyed. Local disaster reduction agencies have documented damage to public facilities such as bridges, roads, prayer rooms and sanitation facilities.

BNPB also said that 1452 families had been affected by the floods, 200 houses in South Sulawesi had been flooded and 3676 hectares of rice fields had been destroyed. In central Sulawesi, 561 families in the villages of Lele and Dampala were evacuated after floods destroyed a bridge and flooded 45 houses.

According to SMM research, the current flood affected the shipment of nickel mines, nickel pig iron plants also have an impact. Among them, the Central Sulawesi area has a greater impact, South Sulawesi and obi Island have little impact, the factory normal production, it is reported that Central Sulawesi has an Indonesian Castle Peak project, the specific impact of the factory is unknown, SMM will continue to follow up. 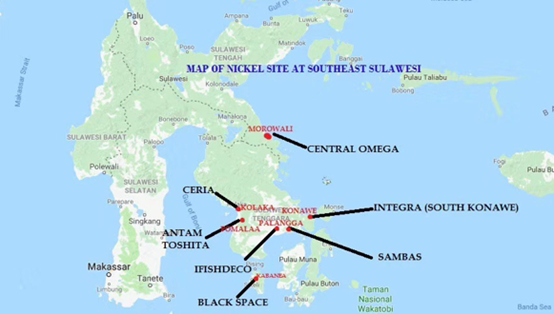