CST
translation
Source:SMM
Shanghai aluminum bottomed out overnight, closing up nearly 0.4 percent at 13995 yuan a tonne, while the outside market closed up 16.5 dollars, or 0.94 percent, at $1777 a tonne.

6.11 SMM internal aluminum morning meeting minutes: overnight Shanghai aluminum bottomed out, slightly up nearly 0.4% to 13995 yuan / ton; The outside market closed up $16.5, or 0.94%, at $1777 a tonne yesterday, with the dollar falling for days and most of the non-ferrous metals on the outside rising.

Spot: yesterday, the spot price in Shanghai was between 14000 and 14020 yuan / ton, and the flat surface of the plate was 20 yuan / ton, which was 30 yuan / ton lower than that before the festival. There is an adequate supply of goods in the market, traders are more active in shipping, the willingness to receive goods has also been significantly enhanced, and the overall trading is active. Although there is a certain replenishment after the downstream festival, it is OK to receive the goods, but the purchasing strength is obviously not as good as that before the festival. Summary: aluminum price test 14000 gate, currently facing a month change, in the context of forward prices hanging upside down, aluminum prices under pressure running between 13800 and 14100 yuan / ton. 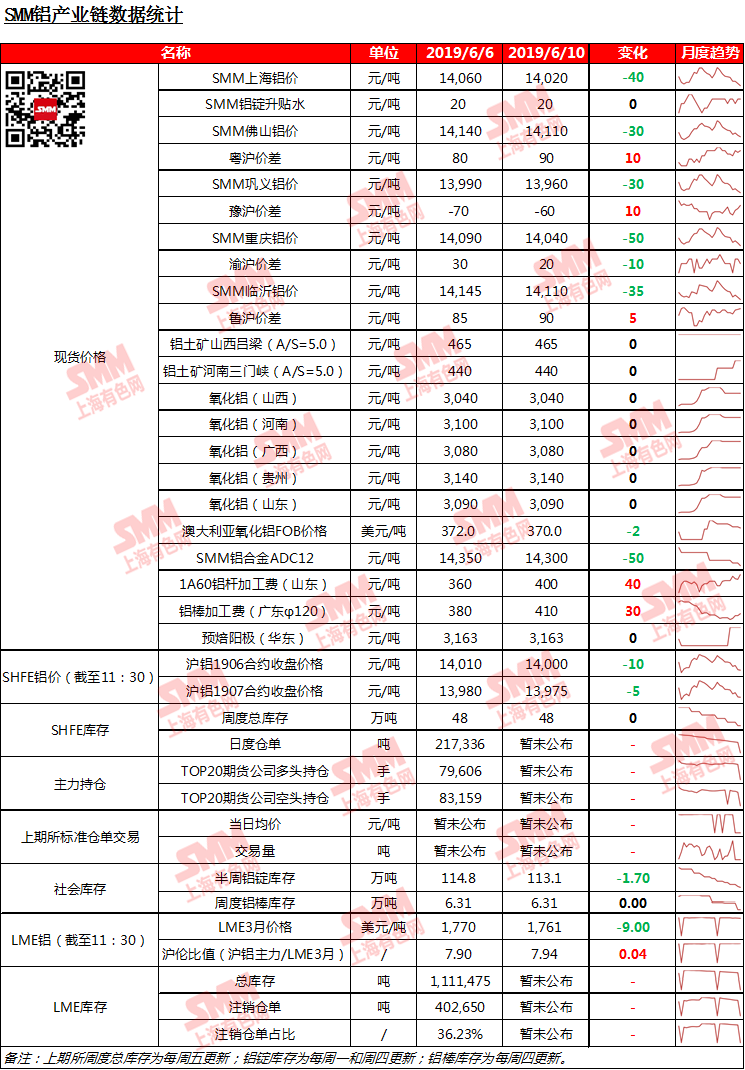