CST
translation
Source:SMM
United Credit Evaluation Co., Ltd. through the tracking analysis and evaluation of the credit status of the main body of Green Mei Co., Ltd. (hereinafter referred to as "Green Mei") and related bonds to maintain the main long-term credit rating of Green Mei Co., Ltd. AA. Through the relevant business and production situation of Greensi, we have a corresponding understanding of the future development of Greensi.

SMM6, 10 July: United Credit Evaluation Co., Ltd. through the tracking analysis and evaluation of the credit status of the main body of Greene United States Co., Ltd. (hereinafter referred to as "Green Mei") and related bonds to determine the maintenance of Green Mei Co., Ltd. The long-term credit rating of the main body is AA. Through the relevant business and production situation of Greensi, we have a corresponding understanding of the future development of Greensi.

Business status of the company

At present, Greene is mainly engaged in the recycling of waste cobalt, nickel and tungsten resources, waste batteries, electronic waste and other waste resources to recycle ultra-fine cobalt, nickel powder, plastic wood profiles, copper deposits and other metal products in the cobalt-nickel industry. Among them, electronic waste, electrodeposition copper, cobalt and nickel powder and plastic wood profiles are the traditional business of Greene. 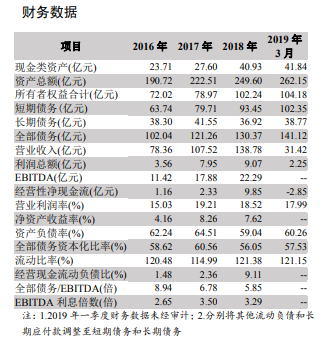 The revenue of nickel powder products was 2.046 billion yuan, an increase of 49.45% over the same period last year. Due to the slow capital turnover of the disassembly business of electronic waste and scrapped vehicles, the company basically maintained the reduced dismantling scale during the tracking period, with annual revenue of 1.723 billion yuan, a decrease of 1.49 per cent over the same period last year. The proportion of revenue from the above three businesses to operating income was 57.39%, 14.75% and 12.42%, respectively, totaling 84.56%, and the proportion of business income to operating income was 57.39%, 14.75% and 12.42%, respectively.

One step at a time.

As of the end of March 2019, Greene has 16 functional departments and 16 wholly-owned and holding first-class subsidiaries. The total assets of the company (merger) is 26.215 billion yuan, and the total owner's equity is 10.418 billion yuan (including 351 million yuan for minority shareholders). From January to March 2019, the company realized operating income of 3.142 billion yuan and total profit of 225 million yuan. The total liabilities totaled 10.808 billion yuan, an increase of 9.30 percent over the same period last year, mainly due to the substantial increase in short-term borrowing and the adjustment of settlement methods caused by the increase in the financing scale of short-term debt. At the end of 2018, the company's current liabilities were mainly composed of short-term loans (66.13 per cent) and notes payable (12.04 per cent). According to the enterprise credit report of the people's Bank of China (agency credit code: G10440306001166004), as of April 24, 2019, the company has no outstanding and settled bad credit information, and the performance of its debt has been good in the past.

Research and development and production

By the end of March 2019, the company had led or participated in the drafting of 178 national or industry standards, of which 133 had been issued; It is the first enterprise in China's renewable resources industry to have core patents in Europe, the United States and other countries, and the first enterprise to win the National Science and Technology Progress Award and a number of Chinese Patent Excellence Awards. The company has undertaken more than ten national "863" programs and countries.

National projects such as the home high-tech industrialization demonstration project and the national science and technology support plan are technological leaders in the field of recycling of waste resources and have six R & D platforms, such as the National Electronic waste Recycling Engineering and Technology Research Center.

The company is the first to conquer the manufacturing technology of high nickel NCA&NCM811 precursor and single crystal precursor. High nickel and single crystal ternary precursor materials have become the key raw materials of ternary materials for power batteries in the world. The company produces battery materials supply Samsung supply chain, ECOPRO, CATL, Ningbo Rongbai and other global industry mainstream manufacturers, mainstream manufacturers accounted for more than 50% of the company's total sales. In terms of sales and marketing, the company

Plastic wood profiles, cobalt powder, nickel powder, cobalt oxide and other products are partially sold to overseas markets, including South Korea, Japan, South Africa and other countries and regions, and the proportion of overseas sales increased significantly in 2018. The main reason is the increase in sales of new energy materials exported to Samsung SDI CO., LTD; The company's domestic sales in the middle and lower reaches of the industry more concentrated in East China and Central and South China accounted for a relatively large, 2018 sales

The total proportion is 52.71%, and the degree of concentration is high.

The Ternary Materials Project for Recycling Power batteries plans to add an annual production line of 20,000 tons of automotive lithium nickel cobalt manganate and 10,000 tons of nickel cobalt lithium aluminate ternary power battery cathode materials. The total investment of the project is estimated to be 618 million yuan. By the end of March 2019, the project had completed an investment of 185 million yuan.

2. The high nickel and single crystal ternary precursor materials produced by Greensi are the key raw materials of the world power battery ternary materials, the mainstream manufacturers have a high degree of recognition, and the technical advantages are obvious.

3. During the tracking period, with the expansion of the new energy vehicle battery materials business, the company's revenue and profits increased rapidly.

4. In 2018, Greene completed a private offering of shares and increased its capital strength

5. The cash inflow of the company's operating activities and EBITDA have a high degree of bond protection during the maturity period.

Greensi plans to develop technologically advanced recycling industries of rare earths, rare metals, and other rare metals. The formation of rare metal resources as the main body of the domestic first-class, international advanced technology level of the national urban mineral recovery system innovation base, processing and utilization demonstration base, technology research and development demonstration and promotion base, circular economy propaganda and education base.

Based on the comprehensive analysis of the scale of the company's assets and income, the prospect of the waste resources recovery industry, the industrial chain, its own operation management and financial situation, the company has a strong anti-risk ability as a whole.