As of Thursday, SMM clean mine spot TC was at $60 to $64 a tonne, down another $0.50 a tonne from Friday's centre of gravity. The pattern of copper ore tightening is still intensifying. Due to the limited proportion of long single, some small and medium-sized private smelters have already sold in small quantities of US $58 per ton, but members of the CSPT team and large smelters do not agree with this price. TC, which is still above $60 a tonne. And the smelter said that spot TC and sulfuric acid prices continue to decline, production profits shrink seriously, the current import and export price ratio can slightly ease the pressure, but if TC further down, some smelters will face losses.

According to the news, the Teniente copper mine owned by Codelco suffered a rock fall over the weekend, killing one person and shutting down some of its operations. The mine has a capacity of 465000 tons in 2018. In addition, the dispute between Vedanta and the Zambian government continues to intensify. Vedanta has submitted the liquidation of KCM to Johannesburg international arbitration, but the Zambian president said he would still proceed with the liquidation of KCM. KCM produced 91000 tons of copper metal in 2018, indicating that disruption is still rising, providing better chips for the mine. This week, the domestic 20% copper concentrate to the factory price coefficient is basically the same as last week, maintained at 88-89%. 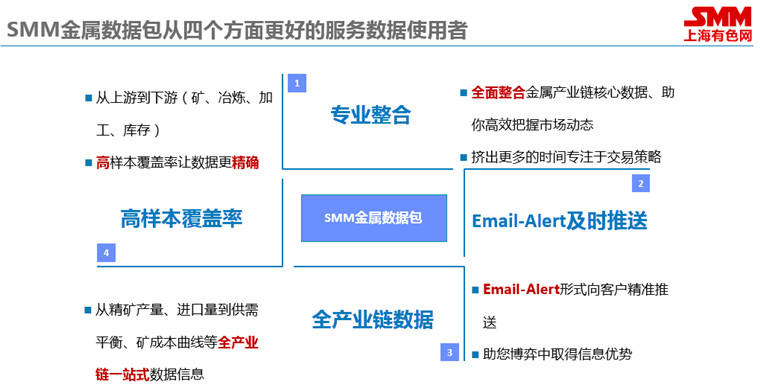 Shanghai bonded copper stocks extended decline on deterred arrivals
Stocks of copper across Shanghai bonded area declined for the second consecutive week as of April 3, falling 5,200 mt from a week ago to 333,800 mt, showed SMM data.