CST
translation
Source:SMM
Recently, Wei Lai, which hovered in the tuyere, finally ushered in the first high-performance long-lasting intelligent electric SUV for delivery on May 28, marking the official launch of the ES6, marking the further promotion of Wei Lai's industry.

SMM6 6-month news: recently, in the tuyere wandering Weilai finally ushered in the first high-performance long-lasting intelligent electric SUV for delivery on May 28 to officially go offline, marking the further promotion of Wei Lai's industry. Limited to 6000 units, the first commemorative edition will be delivered in bulk at the end of June.

Different from the high-end positioning of ES8, the price of pro-people ES6 will take on the important task of walking. According to the product line plan disclosed in the Weilai prospectus, ES6 is expected to sell 60, 000 vehicles a year, with sales expected to be 120000 in 2020 and 200000 in 2021, accounting for nearly 50 per cent of Weilai's total sales. According to Weilai CEO Li Bin, ES6 has received more than 12000 orders. 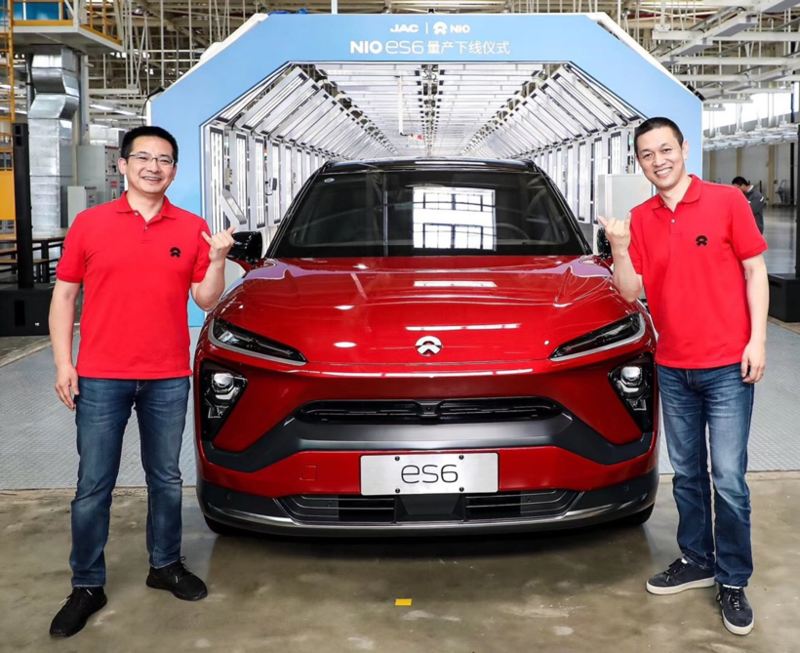 Its shares fell sharply in early march, with total liabilities exceeding 10.6 billion, an increase of 345% from a year earlier, according to the 2018 results, which suggest that it will face greater cash flow pressure in the second half of the year. The expected output in 2019 is 40 to 50, 000, and there is a lot of pressure to meet that target according to first-quarter sales.

After the release of the results, Weilai announced the suspension of self-built factory projects in Shanghai, explaining that existing partner capacity can meet its needs in the next three years, but in view of the above debt problems, it should be to save money. Invigorate cash. After all, building a complete factory is not easy to afford for the time being.

The recent Weilai car fire incident has also put a lot of pressure on Wei Lai's brand, which seems to be in order not to lose to Tesla. In the middle of last month, in an underground garage in Jiading District, Shanghai, a rechargeable ES8 gave off smoke again. Although there were no casualties, there were two fires in a month, making it even more difficult to do so.

To make matters worse, although the root of the fire was the battery pack, ES8's BMS (battery control system) did not intervene, or cut off the power supply after the temperature came up, and the whole system did not respond in time. It is also a huge test for Wei Lai's software and driving system.

Wei Lai raised a lot of money and longed for a new life.

On the same day the results were released, Weilai also ushered in the good news. Weilai announced that it had signed a framework agreement with Beijing Yizhuang International Investment Development Co., Ltd. Under this agreement, Yizhuang CIC, through its designated investment company or in conjunction with other investors, will contribute RMB 10 billion in cash to "Wei Lai China", which will be used in Beijing for economic technology.

The technical development zone will set up a new entity, "Wei Lai China", and inject specific business and assets into it, which will be mainly used for R & D and user service construction, not for factory construction.

At present, Yizhuang National Investment Capital injection is a great benefit to Weilai, but the injection of 10 billion yuan into "Wei to China" will be used for research and development and user service construction, which is worth pondering. At a time when Weilai is in a state of frequent occurrence, it is self-evident to announce the joining of new partners in order to raise the benefits of consumer confidence in the market. Yizhuang

The joining of CIC is not only a shot in the arm to Wei's consumers, but also brings real benefits to the company's financial situation.

Many of Weilai's own problems, coupled with the influx of competitors from new energy vehicles, will continue to face challenges, and its own problems will not be solved.

According to SMM, with the continuation of new energy subsidies and the promotion of double points policy in 2019, the development direction of dynamic trend is clear. However, the decline of the subsidy policy is so large, the effect of the double-point policy is not satisfactory, so that the industry has been covered with a layer of cold. The Transformation and Cooperation of Automobile Enterprises, the Game between supplier prices and the pressure of Cash flow

And so on, will be the key problem that the industry urgently needs to solve this year. For the Internet car manufacturing enterprises, how to stabilize the capital operation of the enterprise, and at the same time carry out technical innovation and model delivery plan on schedule, will be the top priority in 2019.