CST
translation
Source:SMM
The LME base metal fell as the dollar rose, recovering from early trading, while concerns about a downturn in the U.S. Economy remained, while Lun Aluminum fell $18.5, or 1.04 percent, yesterday.

6.6 SMM internal aluminum morning meeting minutes: as the US dollar rose, relative to early trading, while fears of a downturn in the US economy remained, LME basic metals fell, and Lun Aluminum fell 18.5 US dollars, or 1.04%, yesterday. Closing at US $1766.5 per ton; Overnight Shanghai aluminum trend is weak, the lowest down to 14005 yuan / ton, closing price at 14030 yuan / ton, down 55 yuan / ton. Macro: in May, ADP employment in the United States fell to its lowest level since March 2010, while the ISM non-manufacturing index hit a three-month high. The United States and Mexico have not yet reached an agreement on tariffs. China: the PMI of Caixin service industry recorded 52.7 in May, a three-month low.

Basic: raw materials: due to the recent environmental protection supervision group once again stationed in Henan, bauxite supply shrinkage is obvious, Henan local bauxite prices rose again by 20 to 40 yuan / ton; Consumer side: recent SMM research on downstream aluminum processing plants has learned that export orders of aluminum plate and strip enterprises with orders for direct export to the United States have declined month by month, and have not had a general impact on the whole industry. However, many aluminum strip factories have expressed concern about the long-term impact of trade frictions. Spot end: yesterday, the Shanghai transaction price was between 14100 and 14120 yuan / ton, which was about 30 yuan / ton higher than that of the previous day, and 10 to 20 yuan / ton for the current month. Traders tend to ship goods in a timely manner, and both buyers and sellers are active in inquiry and return orders. Downstream on-demand procurement-based, the enthusiasm to receive goods fell compared with the previous day, large households received goods significantly reduced.

Conclusion: June is not only a seasonal shift period for consumption, but also a sensitive period for changes in aluminum prices. Although inventories continue to decline, market expectations have changed, mainly due to concerns about weak demand in the future in the context of the trade war. In the long run, the whole year is still in the storage cycle, the falling space is relatively limited, and there is a risk of falling back on one side, but it can still be used as a bulls in the relatively strong and weak arbitrage of the colored plate. 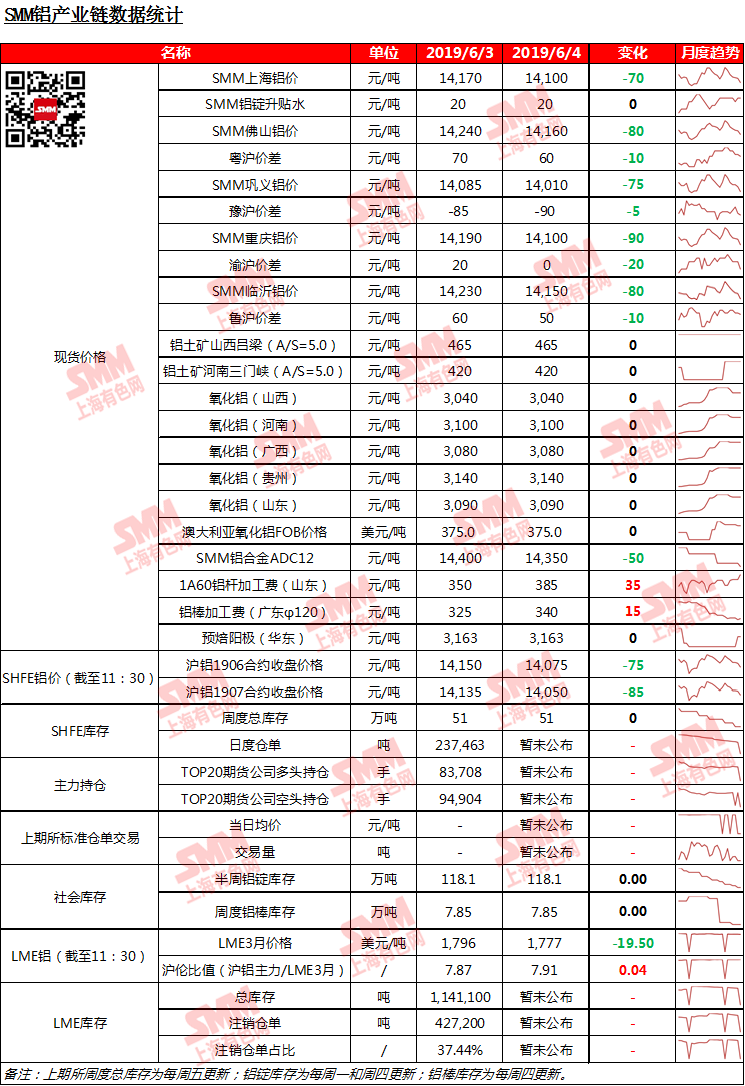