SMM6 5: the recent decline in cobalt lithium prices caused the attention of market participants, a troubled netizen in the SMM Q & A platform asked: "Cobalt lithium to the lowest price!" When will it bounce back? Why is cobalt falling so badly now? " 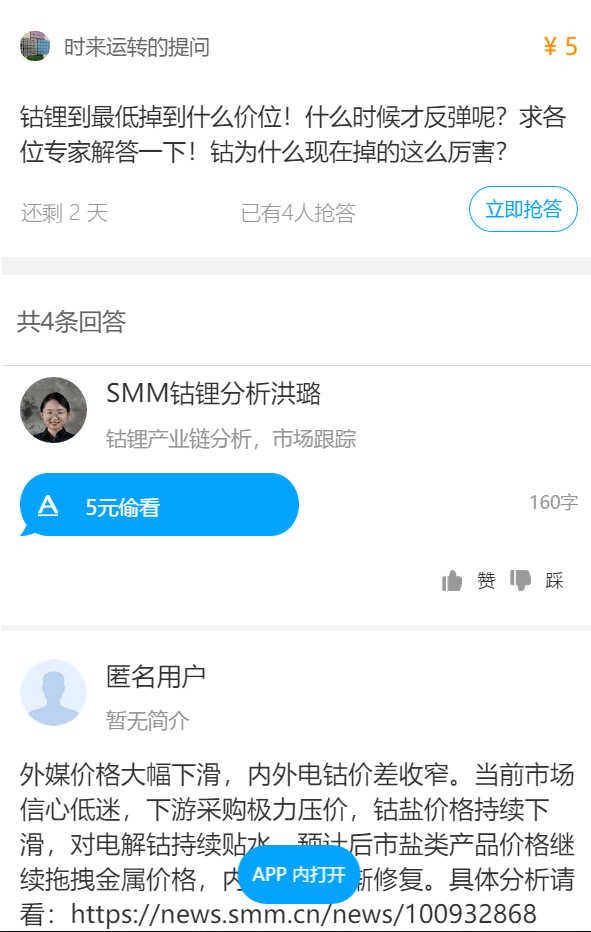 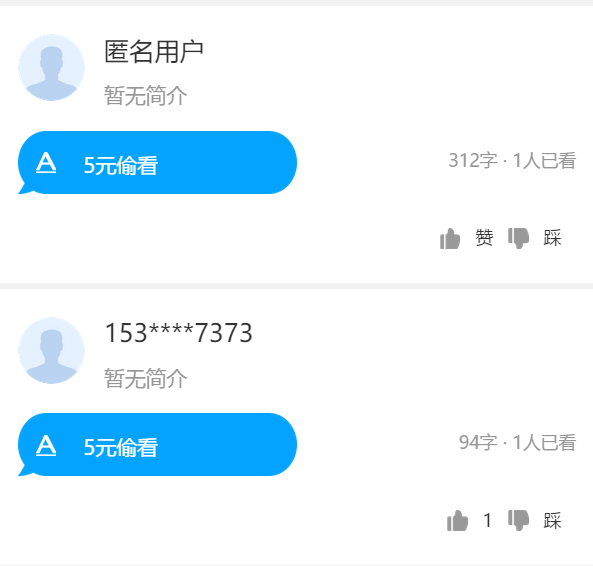 In response to this question, SMM Cobalt Lithium analysts and netizens answered:

The decline in cobalt and lithium prices is mainly due to oversupply. Lithium salt smelting capacity continues to release, superimposed ore raw material surplus, market expectations pessimistic, lithium salt prices decline, smelter profits. (for all answers, please log on to the Palm Colored APP, and switch to the question and answer interface in the Information Bar.)

The problem of cobalt lies in the imbalance between supply and demand, the increase of supply is more, and the decline of domestic electric vehicle subsidies on the demand side affects the demand.

For more questions or answers about cobalt and lithium, download SMM's official APP "Palm Colored" and switch to the question and answer screen in the information bar. 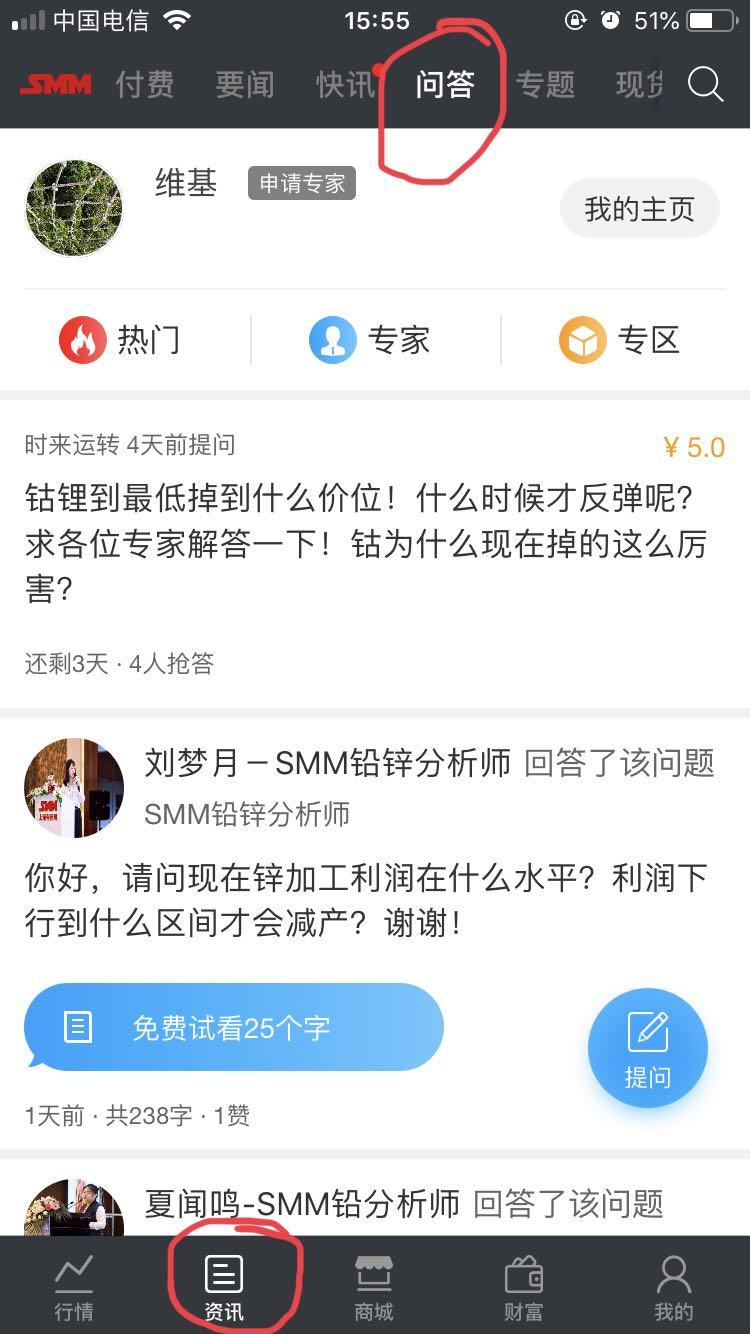 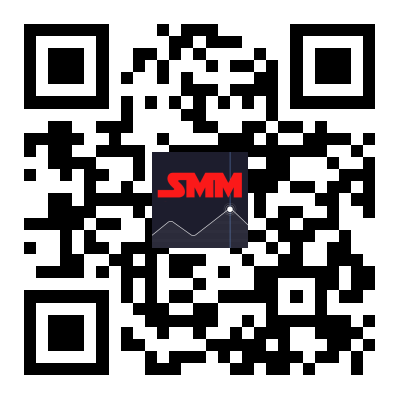 SMM interpretation: the reasons for the continuous decline in the Price of Cobalt and Lithium 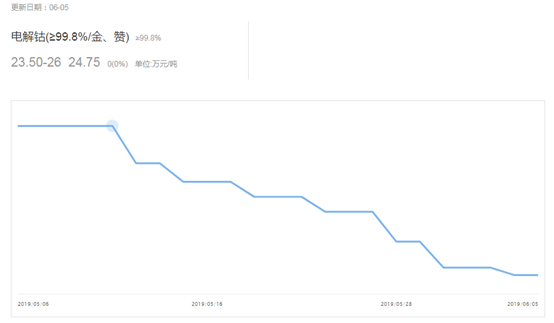 Since the beginning of May, cobalt prices have gradually declined from relatively stable to later stages. Electrolytic cobalt prices continue to fall, although not rapidly, but continue to decline. Prices were relatively stable in early May, but the domestic speculative market continued to slide, and only low prices attracted individual downstream spot demand to follow up, while domestic mainstream brand manufacturers held firm quotations. After being hit by low prices, trading was weak and the market was weak. In the second week of May, the price of cobalt in foreign media continued to be flat. The domestic spot market consumption downturn is difficult to correct, mainstream producers in the state of poor demand to lower the quotation, praise cobalt consumption is also not smooth, importers also cut the offer. In the third week of May, the foreign media electrolytic cobalt began to weaken, the domestic speculative market fell slightly, but in the spot supply without a large number of shipments, speculation short kinetic energy has converged. Domestic downstream consumption is still relatively low, and the volume of procurement shrank, the actual transaction is scarce. In the last week of May, foreign media increased their decline to follow up on domestic cobalt prices, stimulating domestic mainstream producers to adjust their mentality in the face of depressed consumption, and quotations were further adjusted downward. The import of cobalt has not been magnified. The price of electrolytic cobalt fell all the way in May and stabilized in June. generally speaking, there was a strong speculative mentality in the market, but the main reason was that both supply and demand could not maintain a balance. Raw material suppliers are forced to lower their prices due to shipping pressure. At the beginning of this month, the prices of battery-grade lithium carbonate and electrolytic cobalt continued to decline. The problem with cobalt products is mainly due to the imbalance between supply and demand, and lithium products are also in terms of supply and demand, mainly because of the release of lithium salt production. If supply and demand problems do not improve in the short term, the trend in the market will continue.