SMM6 month 5 news: the current lead price is still weak shock pattern, and downstream demand is also relatively light. Starting last week, the supply of recycled lead has slowly recovered in some areas as the impact of environmental inspections weakens. By the end of May and the beginning of June, the production of primary lead refineries in the three places was stable, and the weekly operating rate remained unchanged. 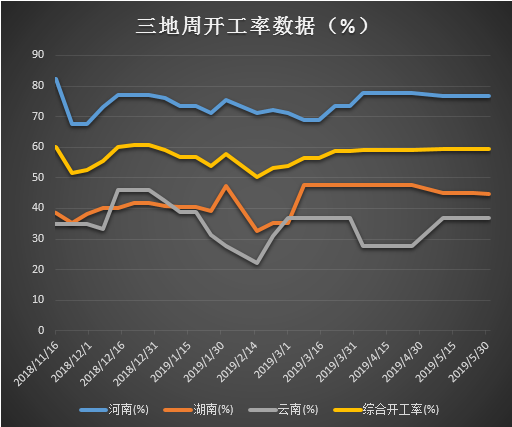 SMM estimates that the production of primary lead will affect 5, 000 to 10, 000 tons in June due to both overhaul and resumption of production.

Operating rates at primary lead smelters fell to 50.1% in the pre-CNY week
This was down 5.5 percentage points from the week ended January 17

Primary lead smelter operating rate fell on maintenance
The rate averaged 57.7% in the week ended Oct 18, down 1.9 percentage points from the previous week

Weekly operating rates at Henan primary lead smelters climb as Yuguang recovers
Rate for Henan rose 7.1 percentage points from the prior week to stand at 79.1% for the week ended Aug 2