Indian alumina imports increased by 37.5% in 2018 compared with the same period last year 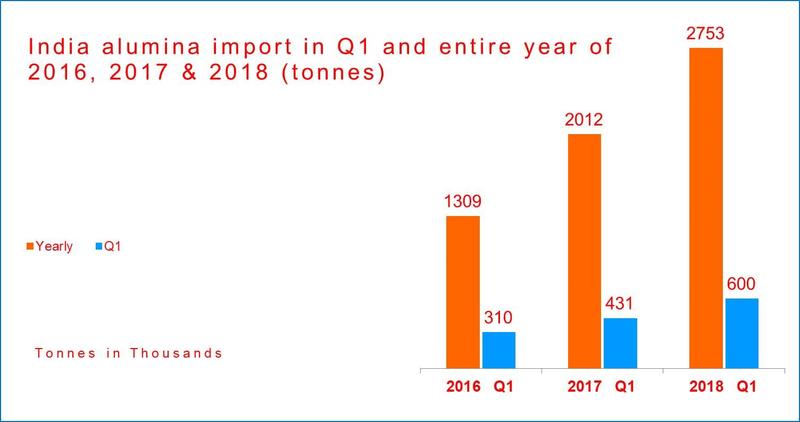 India's alumina imports rose year-on-year, according to global import and export data. In 2016, India imported a total of 1.3 million tons of alumina, an increase of 53 percent for the first year in a row to 2 million tons. It is also likely to follow this import this year, with total imports estimated at about 2.75 million tons, an increase of 111 per cent over 2016 and 37.5 per cent in 2017.

It is worth mentioning that between April and August this year, about 126900 tons of alumina were imported from Vedanta in India alone. Compared with this, the remaining more than 3000 small and medium-sized enterprises imported a total of 541 million tons of waste aluminum as raw materials for the production of aluminum. This means that India's Vedanta alone imports more alumina than recyclers ship more waste.

(note: if copyright issues are involved, please contact SMM and we will deal with them in a timely manner.)