CST
Source:SMM
The operating rates of Chinese silicon producers in December stood at 37.7%, down from 47.2% in November, according to SMM research.

SHANGHAI, Jan 15 (SMM)－ The operating rates of Chinese silicon producers in December stood at 37.7%, down from 47.2% in November, according to SMM research.

This is based on a survey with 116 companies with a total of 4.09 million mt of annual capacity.

The decline is mainly caused by reduced output seen in south China as well as a new plant included in the survey sample.

Sichuan province saw the biggest drop in operating rates among the four major producing regions – down 27 percentage points – as there was only one operating plant left in Lianshan.

The operating rates in Yunnan province fell 12 percentage points to 44% due to a lack of power supply. SMM understood that only one plant in Nujiang area would keep running whereas others would all be suspended by the end of January. April seems to be the earliest timing for the operations to resume. In Dehong area, only seven plants would be operating in January.

We expect the nationwide operating rates in January to see further decline to around 37%. 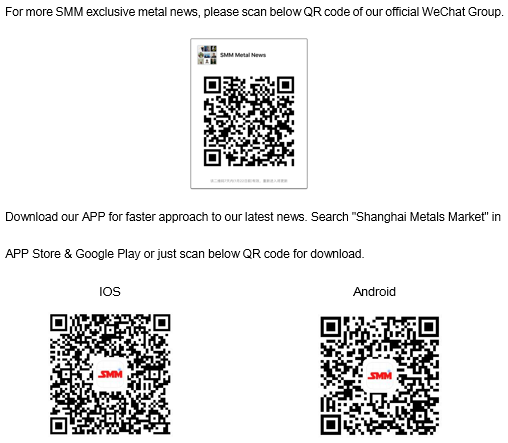 All
MOST POPULAR
1.Molybdenum Prices Hit a 17-Year High with Persistent Tight Supply
2.SMM Review of China's Metals Market during CNY Holiday and Forecast
3.China Weekly Inventory Summary and Data Wrap (Feb 3)
4.The IMF Raises Its Global Economic Growth Forecast for 2023, with China Leading the Way
5.SMM Data: China's Monthly EMM Exports in Dec 2022
Shanghai Metals Market
Privacy PolicyCompliance CentreSMM Credit ServiceContact UsAbout UsTerms & ConditionsSitemap
Notice: By accessing this site you agree that you will not copy or reproduce any part of its contents (including, but not limited to, single prices, graphs or news content) in any form or for any purpose whatsoever without the prior written consent of the publisher.