CST
Source:SMM
The decline in nickel ore shipments to China from the Philippines was mainly due to bad weather in Tawi-Tawi while the impact of environmental protection issues in Zambales was rather small.

SHANGHAI, Jan 11 (SMM)－ The decline in nickel ore shipments to China from the Philippines was mainly due to bad weather in Tawi-Tawi while the impact of environmental protection issues in Zambales was rather small.

However, SMM understood that the region has had a history of environmental protection measures and nickel ore shipments from Zambales accounted for only 2% of the country’s total exports over the past year.

Bad weather in Tawi-Tawi has disrupted cargo loadings in the region since November last year and no more than eight shipments were made in one month, SMM learned.

The table below shows the major nickel ore export regions in the Philippines and timings of their dry seasons. 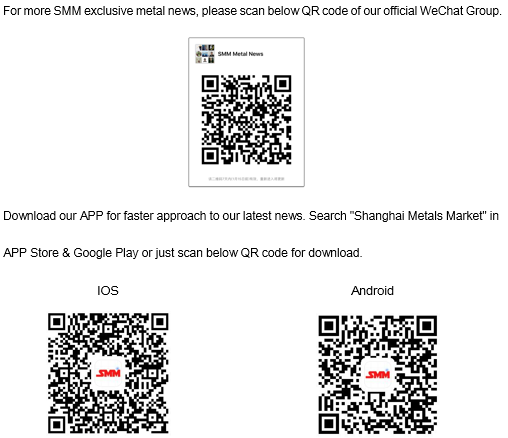 Indonesian and Philippine nickel ore exports set to go up in Feb
Nickel ore exports from the Philippines and Indonesia are expected to rise in February due to better weather condition in both countries and restocking need at Chinese nickel pig iron producers.

MOST POPULAR
1.Exclusive: China's Metals Output in December
2.SMM Morning Comments (Jan 11): Base Metals Mostly Closed Lower amid Stronger Expectations of Interest Rate Hike
3.SMM Morning Comments (Jan 12): Base Metals Were Boosted By Falling US Dollar Index and Surging Crude Oil Prices
4.SMM Morning Comments (Jan 17): SHFE Base Metals Mostly Fell under High Inflation
5.China Weekly Inventory Summary and Data Wrap (Jan 7)
Shanghai Metals Market
Privacy PolicyCompliance CentreSMM Credit ServiceContact UsAbout UsTerms & ConditionsSitemap
Notice: By accessing this site you agree that you will not copy or reproduce any part of its contents (including, but not limited to, single prices, graphs or news content) in any form or for any purpose whatsoever without the prior written consent of the publisher.