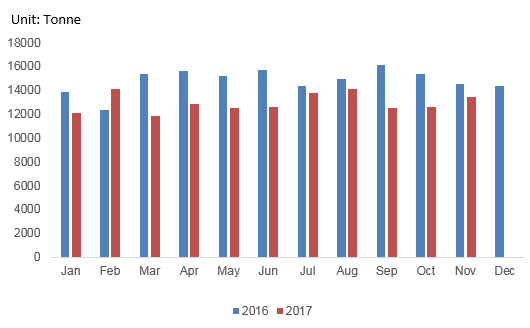 In September one large-scale refined nickel plant did overhaul for its production line and resumed in October. So the output in October rises by 800 tonnes to 11,300 tonnes.

One large-scale refined nickel plant is bearish at future nickel price. In November its estimated output will probably increase to 12,100 tonnes. Other plants have no great change in output. The estimated domestic refined nickel output in November is about 13,400 tonnes.