CST
industry news
Source:SMM
Annual 2018 LTA negotiation of global miners and domestic smelters is going to be held. The market anticipates the negotiation will be held from Nov, 28th to Dec.1st.

SHANGHAI, Sept. 28 (SMM)－Annual 2018 LTA negotiation of global miners and domestic smelters is going to be held. The market anticipates the negotiation will be held from Nov, 28th to Dec.1st. According to past experience, foreigner big miners always tend to clamor for supply shrinkage before the negotiation. Hence whether the statement of supply shrinkage from the beginning of this year can provide more negotiating chips for miners? 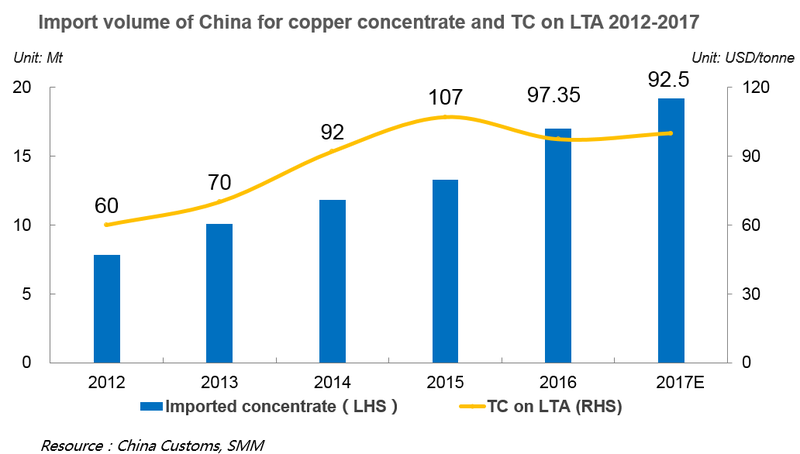 This year witness strike of Chile Escondida, subordinate of BHP Billiton, followed by Indonesian copper mine suspension of US Freeport－McMoRan CopperGold Inc., and then is the copper mine suspension of E1Soldado, subordinate of Anglo American due to flood in Peru. Adding aging of global mines becomes even worse. Mines in production are degrading and newly-discovered mines are of low grades. Institutes all predict decline output and global short supply of copper concentrate. 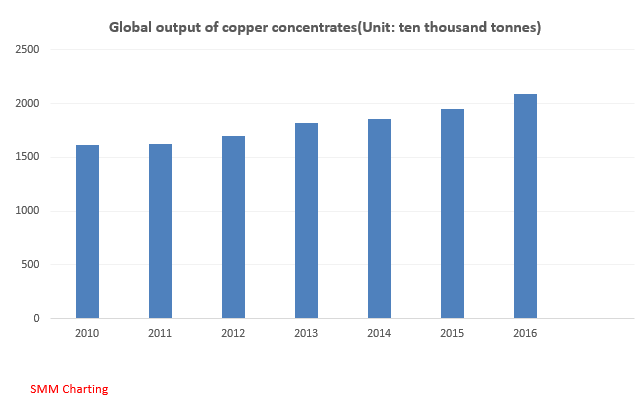 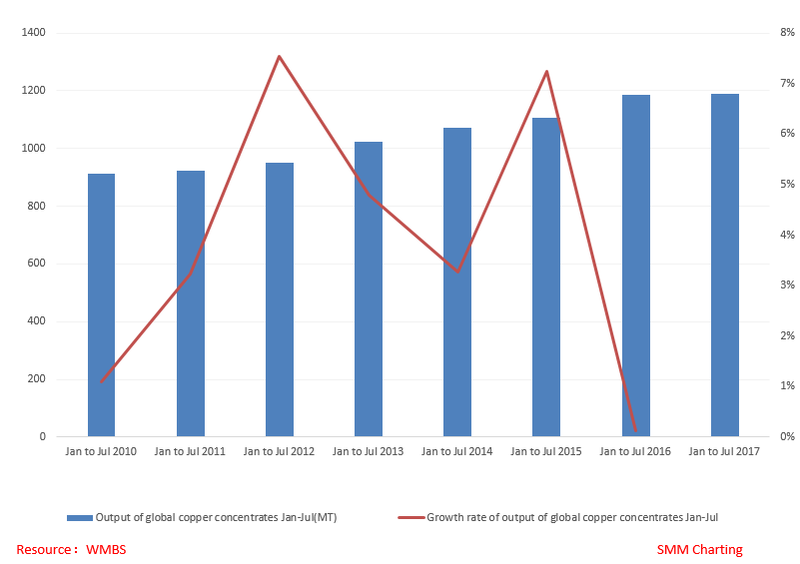 One insider says: “TC of domestic copper concentrate is expected to decline. 2018 TC on LTA cannot be predicted for the moment because the negotiation is a kind of game, saying a time-point can decide the price of the entire year, so the results can be different from latter facts, in which both smelters and miners have respective benefit. For the following copper price, it is expected to keep volatile for short term with strong support around $6200 per tonne, but it may continue to rise later with probable $7500 per tonne in 2018.”

High disruption in 2017 greatly affects global copper output. TC of spot copper concentrate is expected to drop before rise with the supply of copper mines. However,

Buffer of stock of raw materials for metallurgy and intensive overhaul of smelters in China during January to July has offset “negatives” brought by drop of TC of spot copper concentrate, which also pressures the 2018 LTA negotiation on TC. Looking on the first three quarters of 2017, TC of spot copper concentrate has almost never touched the $92.5 per tonne of 2017 TC on LTA. SMM predicts the growth rate of global mineral output in 2018 will rise to 3.3%, but concerning the fact that China plans to launch nearly one million tonnes’ capacity of primary smelting in 2018, this is undoubtedly an additional negotiating chip for miners to lower TC on LTA.

For news cooperation, please contact us by email: sallyzhang@smm.cn or service.en@smm.cn.