Workers at Freeport-McMoRan Inc’s Grasberg copper mine in Indonesia announced to launch strike in May, following a 43-day strike at Chilean Escondida copper mine. This raised market concerns on global copper supply. 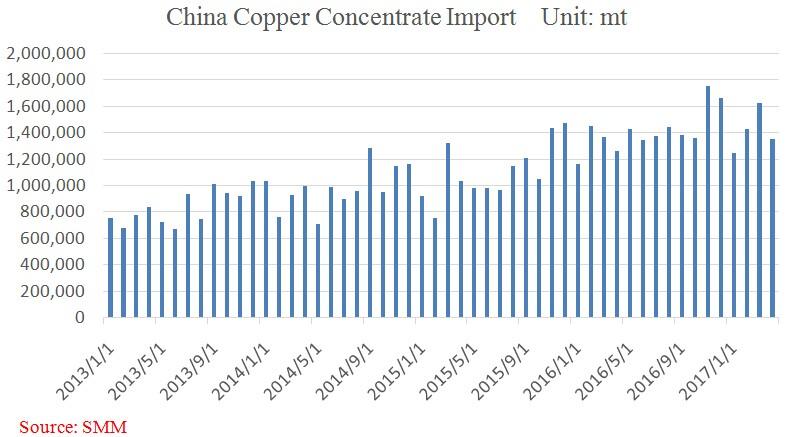 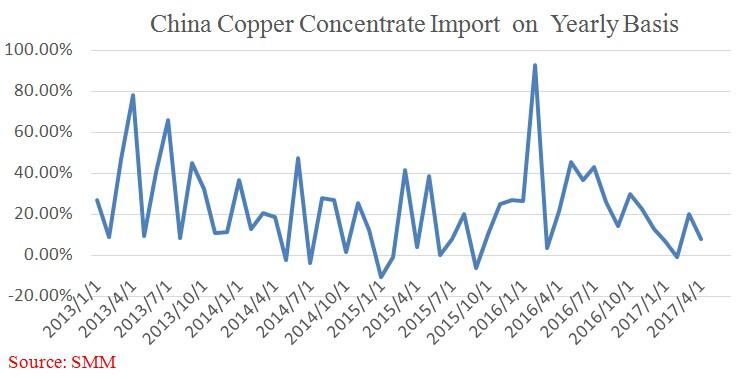 According to China Customs, China copper concentrate imports registered first negative growth in February 2017 from September 2015, while those rallied 19.84% YoY to 163,200 tonnes in March and expanded further by 7.66% YoY in April. 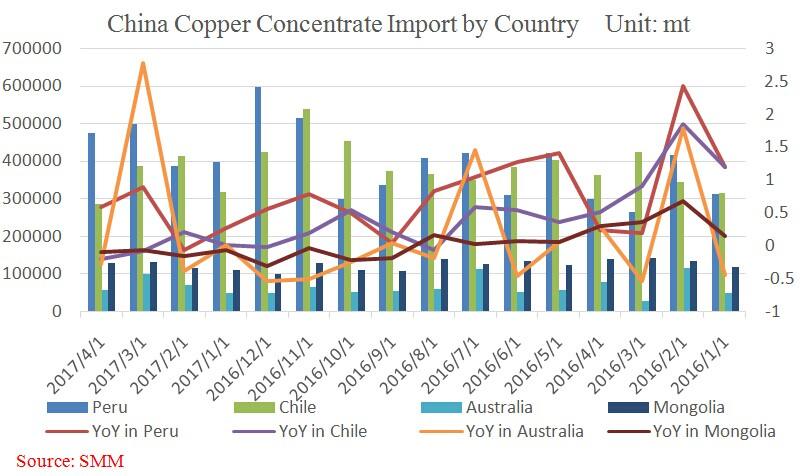 TCs for imported copper concentrates rebounded from April after a decrease in February, a sign of easing supply, learned from SMM statistics.

Codelco reported copper output down 11% YoY to 416,000 tonnes in the first quarter of 2017 in May. Output at 14 copper mines, which accounts for 52% of global overall output, slid 12% YoY in Q1 2017 due to consecutive strikes. Global copper concentrate output growth forecast for 2017 has narrowed to about 1.5%, and supply growth will be at 0-1% in whole year.

When Will Copper Price Bottom out? SMM Reports

China imports small amounts of copper concentrates from Grasberg with the data below 40,000 tonnes (raw ore) in the first three months of 2017. So, the strike at Grasberg copper mine makes small impact on China’s imported copper concentrate market, Lu Chen indicates.

For news cooperation, please contact us by email: sallyzhang@smm.cn orservice.en@smm.cn.