SHANGHAI, Jan 6 (SMM) - According to SMM data, zinc ingot social inventories across seven major markets in China totalled 67,200 mt as of this Friday (January 6), up 12,500 mt from the previous week and 4,000 mt from this Tuesday (January 3). In Shanghai, the arrivals in the market were modest, but downstream enterprises were still active in restocking. Therefore, the inventory in Shanghai changed little. In Tianjin, there were concentrated arrivals of Zijin zinc and other brands, and the selling-off was common in the market. Some major manufacturers such as Youfa decided to take a holiday next week, so the market trades were not brisk, leading to a significant increase in the inventory in Tianjin. In Guangdong, the arrivals in the market in the middle of the week were poor, while the downstream enterprises were stimulated by falling zinc prices to restock, albeit the orders they received were weak. As such, the inventory in Guangdong dropped. Taken together, inventories in Shanghai, Guangdong and Tianjin rose 4,700 mt, and inventories across seven major markets in China gained 4,000 mt. 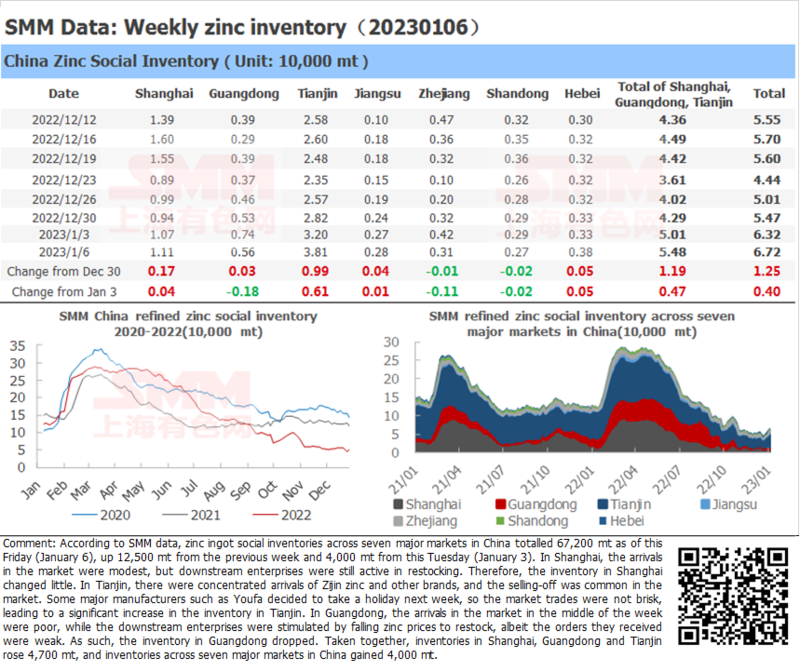