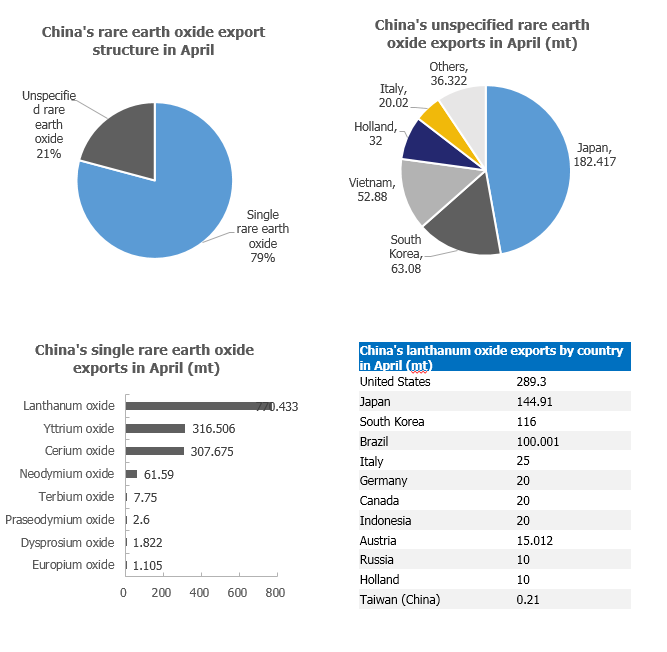 Rare earth trades weakened on week, but "new infrastructure" to prop up the market in long run
Demand for rare earth may continue to face potential impact from the coronavirus, but costs will lend some support to rare earth prices, SMM estimates. In the long run, bullish prospects for China’s infrastructure development and more stimulus measures for its new energy vehicle market are expected to lift consumption of rare earth and revive the market.

MOST POPULAR
1.Exclusive: China's Metals Output in April
2.The Negotiation in the Market was Active and the Rare Earth Prices Remained Upward
3.Prices of Rare Earth Rose Rapidly Due to the Fundamentals and Cost after the May Day
4.Rare Earth Prices Declined Slightly amid the Increased Willingness of Traders to Ship
5.The Light Rare Earth Market were More Active, and the Demand for Retail Procurement Increased after the Holiday [SMM Daily Review]
Shanghai Metals Market
Privacy PolicyCompliance CentreSMM Credit ServiceContact UsAbout UsTerms & ConditionsSitemap
Notice: By accessing this site you agree that you will not copy or reproduce any part of its contents (including, but not limited to, single prices, graphs or news content) in any form or for any purpose whatsoever without the prior written consent of the publisher.