Thanks to a complete supply chain system and strong epidemic prevention and control capabilities, the domestic manufacturing industry has rebounded sharply in the second half of the year. The price of the rare earth industry is also rising. According to the industry online, although the price of rare earth magnetic materials briefly fell back in early December, it did not change the trend of subsequent price increases.

On the one hand, because metal manufacturers are not very optimistic about the situation for the whole year at the beginning of the year, some enterprises stop production and reduce production or implement relocation plans, resulting in a slight shortage of raw materials since May; on the other hand, there is a significant increase in demand downstream of magnetic materials in the second half of the year, mainly including frequency conversion switching in the home appliance industry, new energy vehicles and the growth of demand for wind power. Containment at both ends led to a crazy rise in raw material prices in the short term.

From the point of view of subdivided products, the increase of the main raw materials of rare earth magnetic materials varies greatly.

Heavy rare earth products: the trend is roughly the same as that of light rare earths, but because the epidemic mainly occurs in the south and then the north, and the sources of rare earths are mainly light in the north and heavy in the south, the price changes of the two are incomplete, Synchronize. Throughout the year, terbium metal rose 121 per cent, iron iron rose 92 per cent, dysprosium and dysprosium ferroalloy rose about 20 per cent, and gadolinium iron rose slightly by 15 per cent. 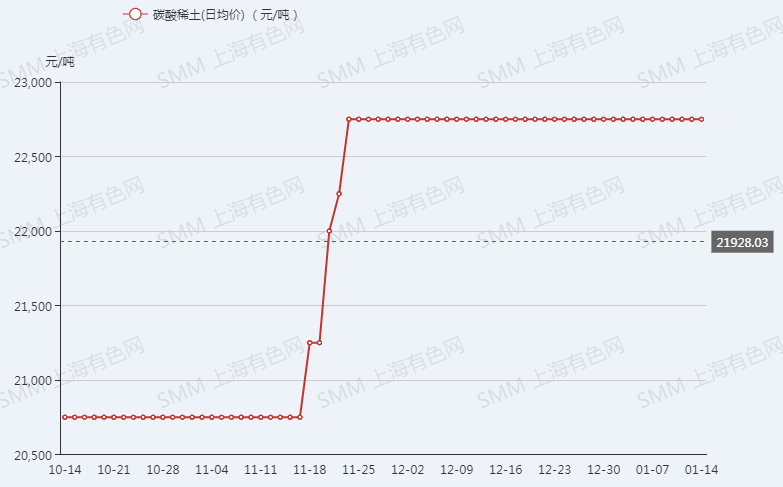 From the downstream market, the demand for rare earth magnetic materials continues to be strong.

In terms of frequency conversion household appliances, the increase in demand for rare earth magnetic materials on the one hand comes from the switching of ferrite magnetic materials, and the other part comes from the switching of fixed frequency conversion products. Top compressor enterprises are also gradually transforming ferrite into rare earth permanent magnet products. According to industry online statistics, the use of rare earth magnetic materials in November was about 1000 tons, an increase of more than 70 percent over the same period last year; it is expected that the consumption in December will exceed 1200 tons, and the demand will exceed 13000 tons in 2021.

Towards the end of the year, the epidemic abroad is still severe, in terms of terminal demand, exports are still strong, and domestic orders have also been boosted. Industry online data show that domestic sales of frequency conversion products in the first three quarters of household air conditioners accounted for 60.8%, 60.9% and 74.2% respectively, and frequency conversion is expected to account for more than 90% in December. The output of variable frequency rotor compressors in December increased by about 25% year on year, and the industry situation is optimistic. The high demand for magnetic materials in the home appliance industry will continue until the first half of 2021.